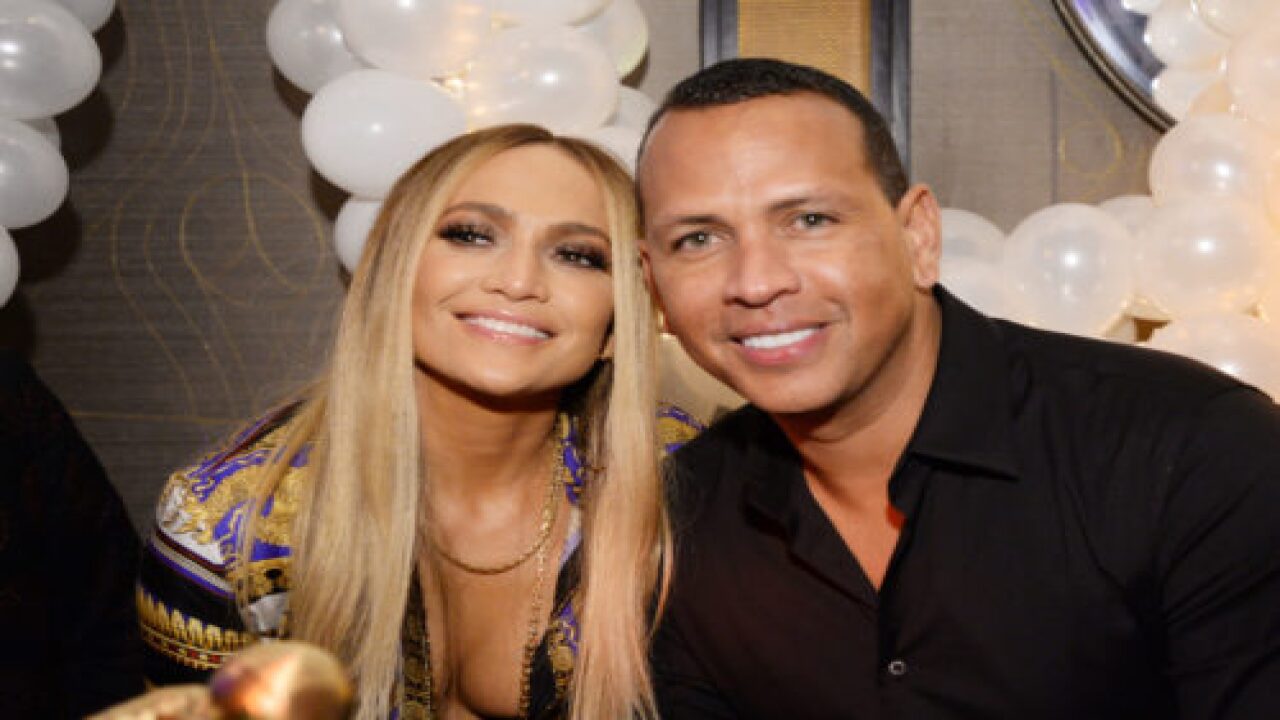 She may just be Jenny from the Block, but when Jennifer Lopez celebrates, she does it in a big, bold and beautiful manner with her friends and family.

J. Lo turned 50 on July 24 and took a break from her “It’s My Party” tour to party it up at a glamorous birthday bash that same day. The party took place on Gloria and Emilio Estefan’s Star Island, Miami, estate and lasted into the early hours of the next day.

The golden, bedazzled party included a lavish buffet with caviar, a dessert buffet and a reportedly $10,000 10-tier birthday cake covered in edible 24-karat gold with black accents. You can see the cake in this post from Lopez in which she talked about feeling the birthday love from friends and fans alike:

It’s been a birthday to remember. I can truly feel the love from all of you. â¤ï¸ Yesterday was a dream. I have watched your beautiful birthday videos and I must’ve cried 20 times. It was just another great reminder of how thankful I am for all the beauty and love I have in my life. Thank you all for being a part of this great feeling! @arod, Benny, @quayaustralia, @prettylittlething and so many more! ðð¾ð The party continues tonight!!! #itsmypartytour ð¸: @walik1 & @stevengomillion

The food was only the beginning, though, because as you’d expect, the entertainment was also top-notch. J. Lo, her fiance, retired baseball phenom Alex Rodriguez, and their guests enjoyed performances from members of Lopez’s touring cast, Ashanti, DJ Khaled and Lopez’s own children . There were fireworks and of course dancing until almost 3 a.m.

J Lo clearly got into it, as this clip from A-Rod shows.

Lopez wore a daring Donatella Versace dress with cut-outs and a high slit, a high ponytail and her signature gold hoop earrings. You can see her ensemble in the group photo posted by DJ Khaled:

Prior to the party, Rodriguez gifted Lopez with a $140,000 red Porsche  and posted a sweet birthday video for her, saying in the video clip, “You have made me feel like every day is my birthday.”

It’s your party, Jennifer! Thank you for inviting all of us to share this special day with you. ð ð ð

Rodriguez’s own birthday was just a few days later, and J. Lo made sure to celebrate him several times over as well, including a surprise drop-in with his daughters during a recent ESPN broadcast.

This couple sure knows how to celebrate!

Congrats to Lopez on turning 50!