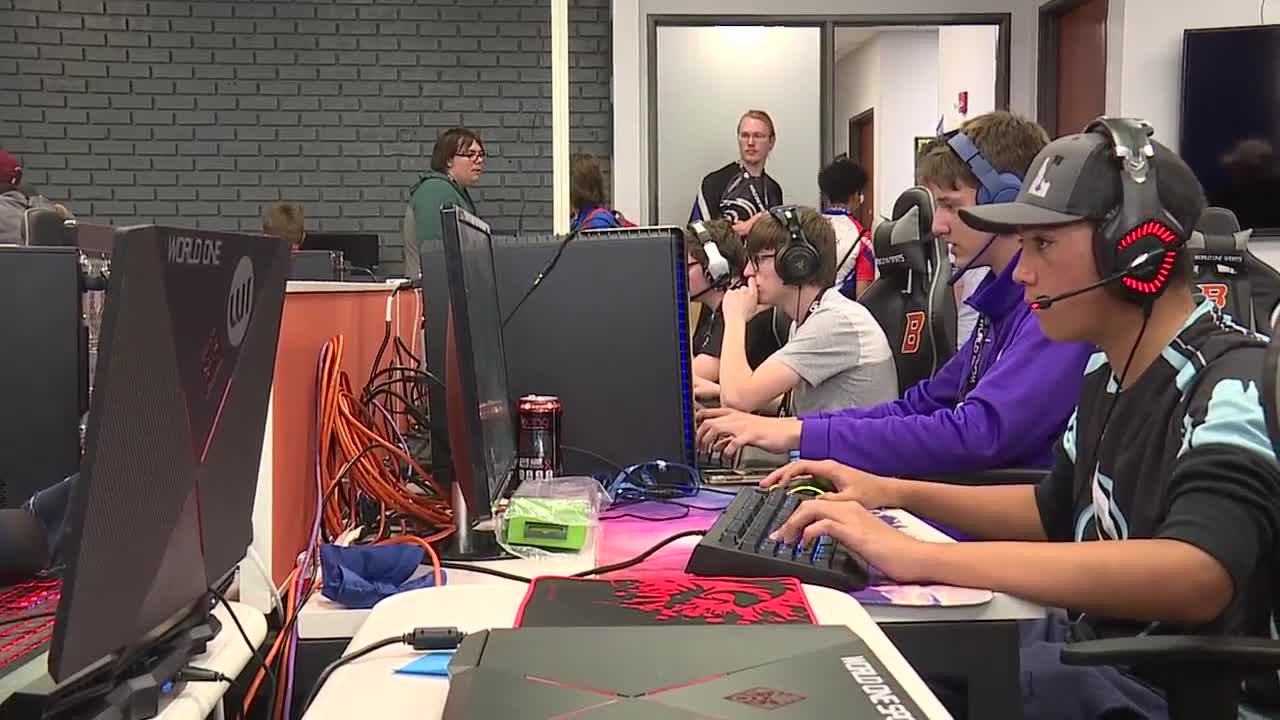 Students from all over Idaho gathered for the Idaho High School E-Sports championships at Boise State.

More than 100 high school students took over the new Boise State eSports arena for the high school E-Sports state championships on Saturday. The event had a full production crew, commentators and live audience.

"They call them gamers and what not but we really consider them digital athletes. They play eSports as a digital athletes because they are an athlete really," said Hepworth.

Hepworth says just like other high school sports, the game gets competitive.

"They get a jacket just like you play the football, tennis, basketball, whatever so it's really cool you know. They wear their jerseys and you know they stood up there. They got their player names."

Most of the teams form their own clubs at their high schools.

Hepworth says colleges are seeing huge potential in the students who participate.

"The coaches train them on strategies, leadership so there's always a leader, positioning and you know it's, the reason why army's here is because they know that these kids are very smart."

"There's a lot of stuff in the world. I'm like a super optimist so like there's so many things like if I was doing that, I'd have fun," said Meyer.

Meyer says an environment like the new esports arena brings the sport to a whole new level.

"Usually it's just the Boise State E-Sports team. All university level people, but it's really exciting to see a bunch of high schoolers a lot younger kids that are just as interested," said Meyer. The future's bright," said Meyer.

To learn more head to, https://highschool.gg/