How To See The Delta Aquarid Meteor Shower This Week 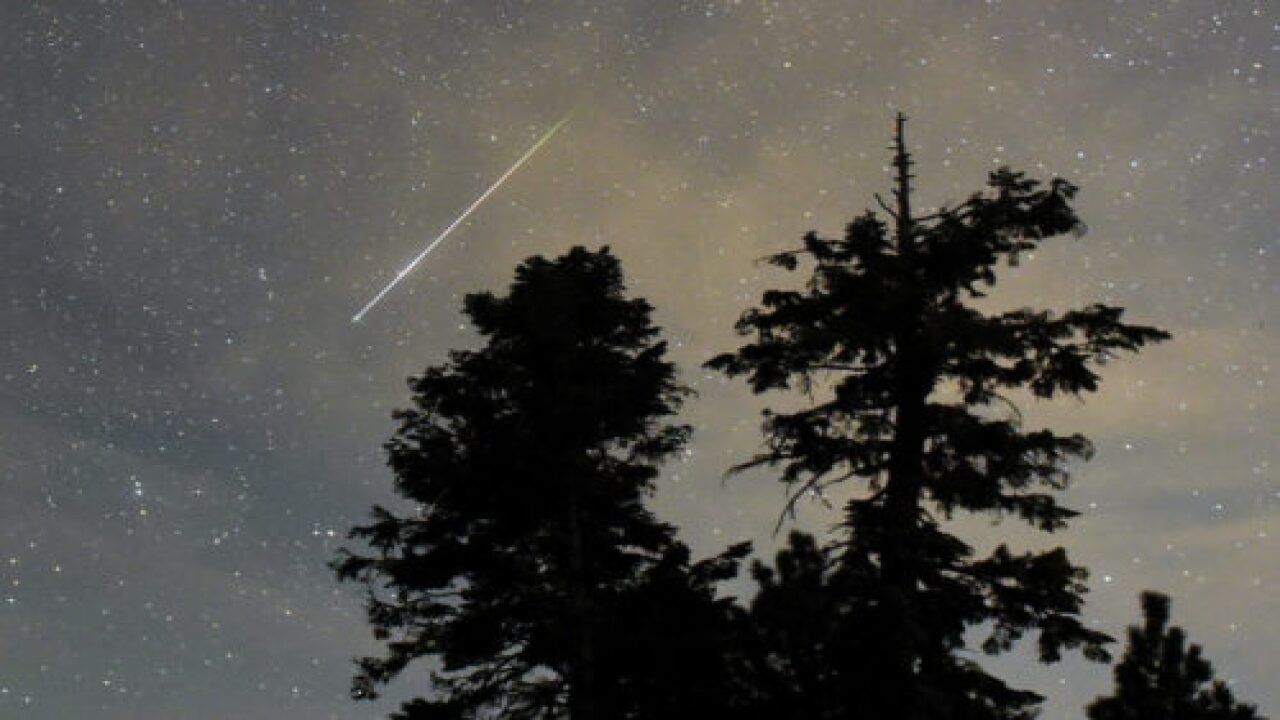 Around July 12 to Aug. 23 every year, it’s not uncommon to see shooting stars that are part of the annual Delta Aquarid meteor shower. August’s new moon brings a late-to-rise moon towards the end of July, meaning that the night sky will be dark for a long period of time — which is precisely why the best overnight period for viewing the Delta Aquarid meteor shower this year falls on the night of July 28 and the morning of the July 29.

According to U.K.’s National Space Centre, the waning crescent moon won’t rise until 2 a.m. on July 29, leaving the night sky dark and optimal for viewing the meteor shower for a good portion of the night.

So, be sure to head outdoors and look up this Sunday night, because you won’t want to miss the beautiful light display in the sky! This is a small meteor shower, with an expected frequency of about 20 meteors falling per hour.

The meteors have a “radiant point,” or point of origin, that sits in the Aquarius constellation, which is where the meteor shower gets its Delta Aquarid name. So, if you can locate the Aquarius constellation in the night sky, you’ll have a great viewing point of the meteor shower on that night of July 28, and especially in the early hours of July 29.

According to EarthSky, the meteor shower will be most visible in the Southern Hemisphere, but it will still be visible from mid-northern latitudes as well.

Even if you miss the spectacle on July 28-29, there’s a chance you can see shooting stars all throughout the month of August, too, as this celestial event isn’t as rare as, say, a total solar eclipse.

The good news is that it shouldn’t be hard to get a view of the meteor shower on the dark nights leading up to Aug. 1, nor will it be difficult in August. In fact, you don’t need a telescope to view it. According to EarthSky, all you have to do is find some open sky as far away from any artificial light as possible and look up.

Meteors are made up of the debris left behind from comets, which melt as they orbit the sun. When the Earth passes through the debris, the comet dust grains hit the planet’s atmosphere at tremendously high speeds. When these particles heat up and burn in the atmophere, they create flashes of light. We sometimes call them “shooting stars,” but that’s not really what they are.

The comet that created the debris for the Delta Aquarids is not quite known, but it may be from a comet called 96P Machholz, which only takes about five years to orbit the Sun.

Regardless of your time zone, the optimal viewing window lasts for several hours before and after 2 a.m. on the morning of July 29. Viewing from home? Just turn out the lights (well, maybe not your bug zapper) and head outdoors. Why not — it’s summertime, and there’s no better season for staying up late!