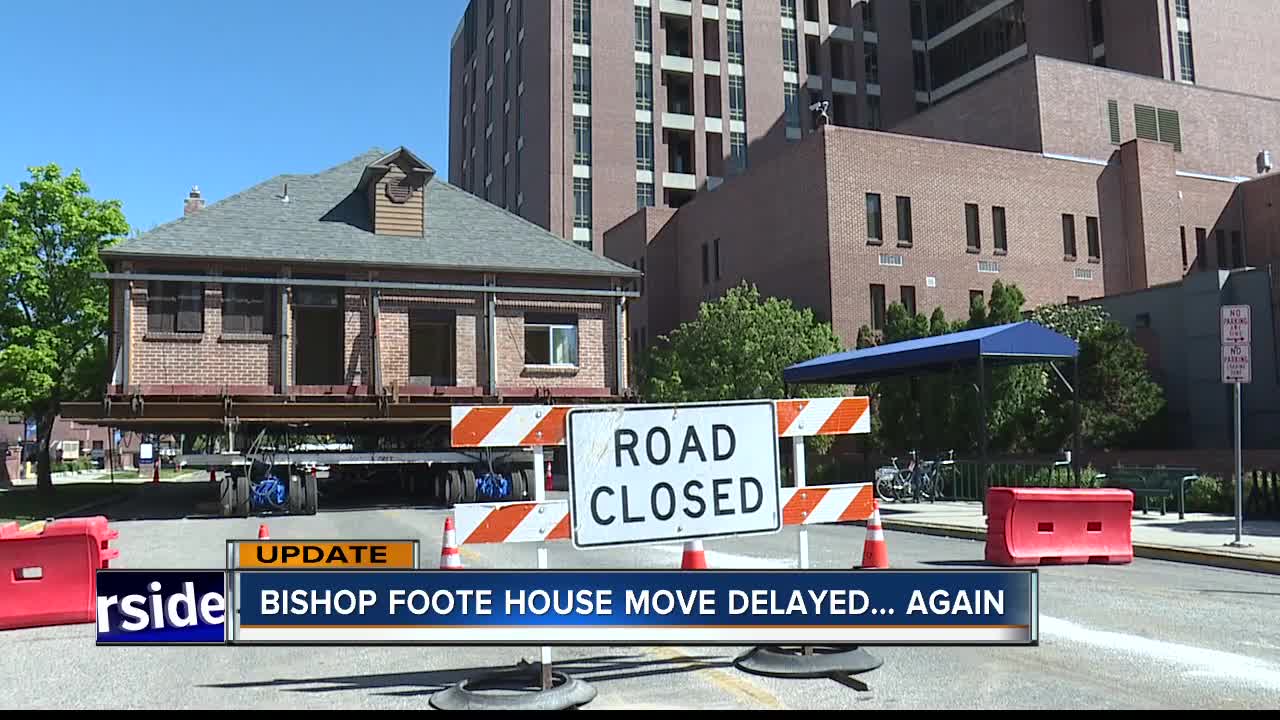 The Bishop Foot Guest House was set to relocate, but it was delayed to mechanical issues.

BOISE — The historic Bishop Foote Guest House in Boise is delayed due to several equipment malfunctions.

By now the home behind is supposed to be on a lot on the corner of Avenue B and Bannock. Instead it sits on Jefferson St behind St. Luke's.

"I've definitely seen a house moved before, but I’ve never seen one left in the middle of the street,” said Adam Miller, Emmett resident.

The house was set to relocate over the weekend after movers finished construction on the dolly system.

The sight is attracting some attention.

“We thought well, we know where it used to be. We’ll go track down the house and then my friends like, oh this is a wild goose chase and then we found it in the street,” said Judi Zuckert, Boise resident.

“It’s not something you see everyday, a house coming down the street. It’s not moving right now, but you can see that it’s moved a bit and what’s amazing to me that not even a window has been cracked or broken so they're definitely doing it right,” said Debbra Palmer, Boise resident.

The house was built in 1935. It was originally at the corner of Jefferson and 2nd streets.

Boise residents say they are glad that history is being preserved.

“It’s wonderful to preserve these parts of history and that whole block that the bishop's house was located on is all really beautiful houses,” said Zuckert.

“I’m an outdoors guy so I like seeing the outdoors preserved and I also like seeing stuff in our history preserved,” said Miller.

St. Luke's officials say that local Traffic only will be able to drive on both sides of the house on Jefferson St and emergency vehicles are able to get through.

The relocation is expected to resume on Saturday, May 11th, but that is subject to change.