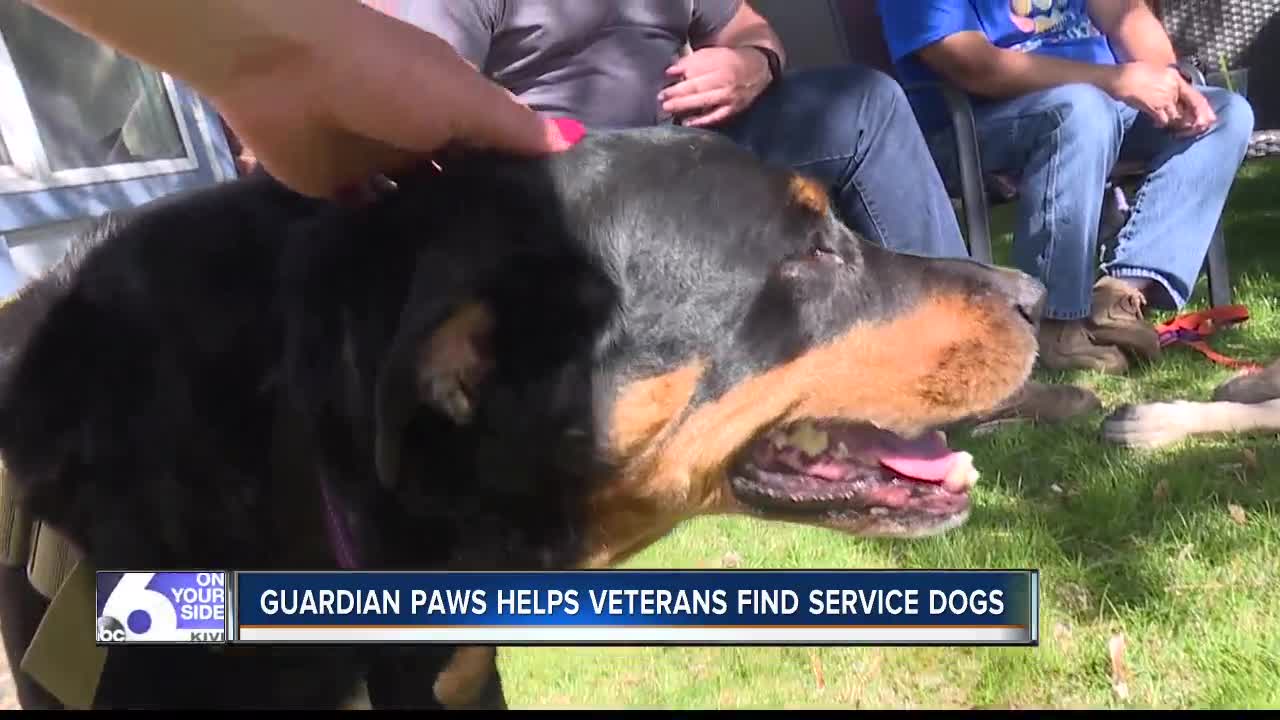 Since the nonprofit launched, Guardian Paws has helped veterans in Idaho train their dogs or place them with dogs.

"Those dogs know and those vets know they just learn this bond that's unmatched. And I want to make sure it's a forever bond," said Tina Day, Guardian Paws.

Tina says says the mission is to advocate and educate veteran's right to use a service dog in order to regain independence. She says she helps veterans either find a service dog or train their own if they are the right fit.

"Atlas helps Nic when his PTSD starts to escalate. Atlas cues to Nic by hugging him and that's his sign of dad let's go."

Tina says she has cardiac arrhythmia and she says Ares alerts her before she's about to have an event.

She says she matches each dog to each person's unique personality and needs.

"I got to the point where I couldn't walk more than twenty feet without having issues and just having to walk the dogs and take care of something helped me out a lot with that and pull through," said Brian Ames, veteran.

The organization works with any dog breed. Some of those breeds in the include English Mastiff, German Shepard, Akita, and Boxer.

"A phenomenal dog. After 18 surgeries, sometimes I have trouble getting up out of chairs, I can brace off him because he's over 200 pounds," said Richard Turner, veteran.

Although Amanda Kezer says she is not a veteran herself, she does have PTSD. She says her dog also helps her husband who is a veteran with PTSD.

"My husband can now walk out the front door knowing that he's got back up. And every once in a while he'll be like, 'I just want to go...I want to go with you and that to me is amazing," said Kezer.

Members of guardian paws say they want others to know that their not alone.

"We're a family and that to me, that's good, that's home," said Kezer.

Recently three of the dogs had a birthday party which kicked off a silent auction for the organization that runs through Saturday, April 27th at five p.m.

Tina days says in October, there will be the first Guardian Paws service dog run that will benefit vets and their dogs throughout Idaho