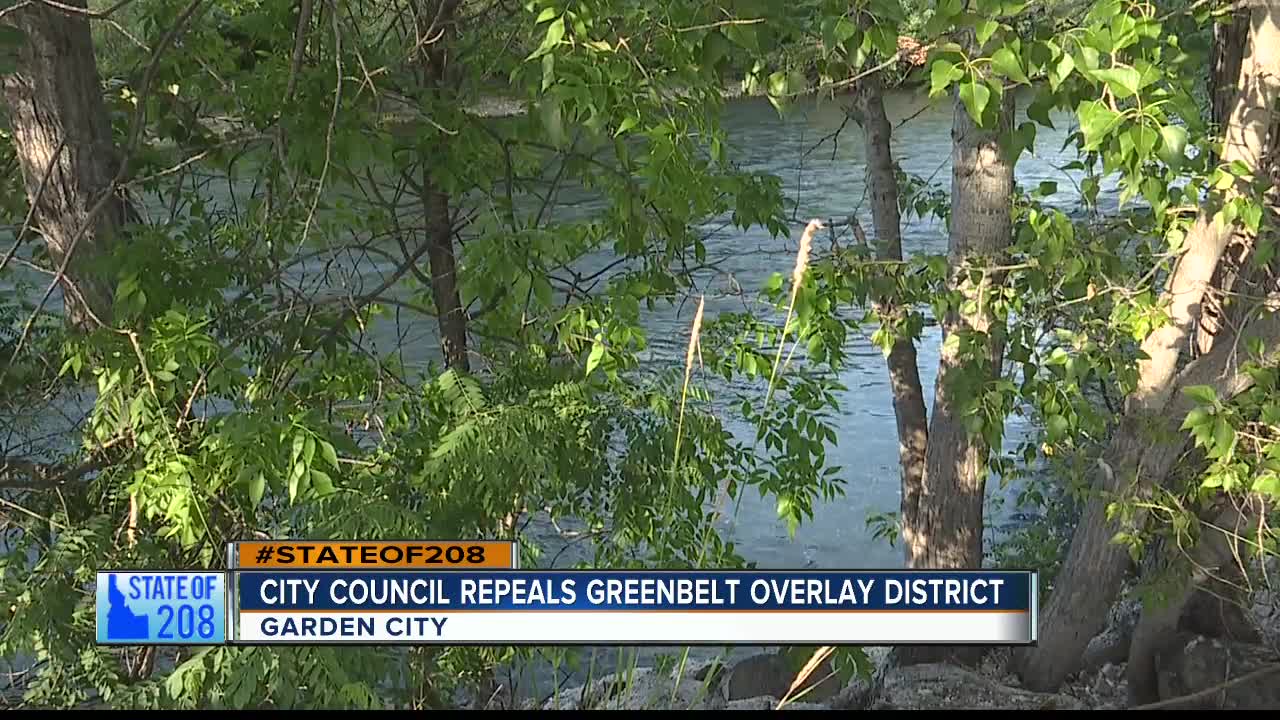 Underlying zoning district regulations that were in place before it was implemented in 2018 will be back in place temporarily.

GARDEN CITY — The Garden City city council repealed its greenbelt overlay district at its meeting Monday night, after an overwhelming amount of testimony in favor of the repeal.

The overlay was implemented just last year, imposing regulations aimed at protecting wildlife, public access and development along the river.

The affected areas will now revert to their underlying zoning district regulations while a working board tries to come up with a new overlay proposal.

Some developers and residents said the regulations were onerous and a poor fit for the city.

“Make the changes and go through the proper process to implement a greenbelt overlay district that makes more sense and include the areas of Garden City that are appropriate for it,” said resident Jeanne Jackson-Heim.

One of the major concerns was a 50 percent canopy requirement.

“There had to be a tree or a vegetation canopy on fifty percent of the property," said Charles Wadams, Garden City attorney. "New developments and the developers were telling the city that was pretty much impossible.”

The city council set a timeline of approximately six months for the process.