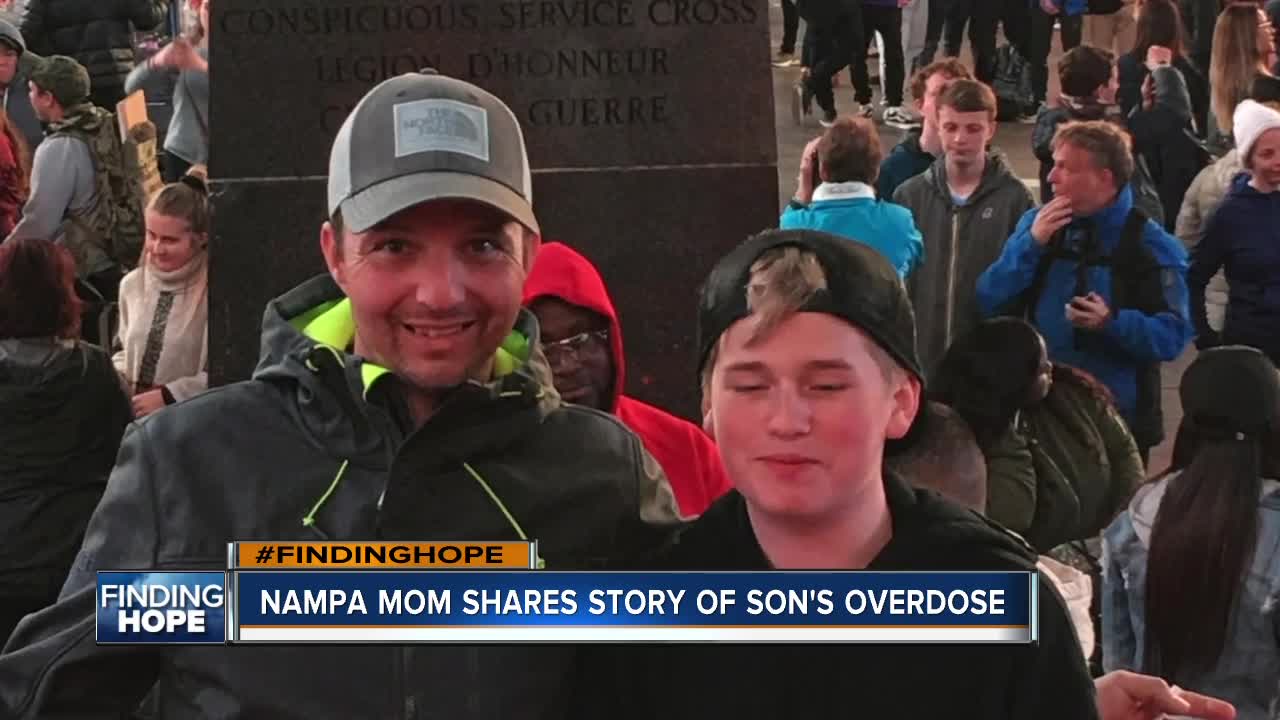 Nampa Police are warning the public about a drug circulating the community that they believe is tied to three overdoses in the last two days.

NAMPA, Idaho — Nampa Police are warning the public about a drug circulating the community that they believe is tied to three overdoses in the last two days.

Police describe the drug as a small blue pill that may be distributed under the guise of Oxycontin.

These drugs are extremely potent and deadly, and Nampa Police are warning people to avoid the substance.

Cher Gray underwent a stressful event with her son Quinton, who is still in the hospital recovering from an overdose.

Gray and her family went snowboarding at Bogus Basin on Friday, returning around 1 a.m. Gray's daughter woke up around 2 a.m. and heard Quinton struggling to breathe.

"She came in, woke us up, and told he wouldn't wake up, and he was having a hard time breathing," Gray said. "I went in and I saw him there, he was completely pale, face was purple, lips were bright purple. He was non-responsive."

Gray and her husband Jason began CPR while they called 911. When the paramedics arrived, they administered three doses of Narcan, and then rushed Quinton to Saint Alphonsus where he received three more doses.

"The doctors said he shouldn't be alive,” Gray said. "That he, based on some of the test results he received, he was probably starting to shut down and had we waited a minute or two longer, our son would be gone."

Quinton told Cher that he thought the drug was Oxycontin, but according to Cher, the toxicology results show it was most likely a synthetic drug laced with Fentanyl.

"It was being advertised on Snapchat by people selling it and unfortunately I'm not real sure how Snapchat works," Gray said. "My kids are not allowed to have it."

She says their family is lucky, but she hopes this doesn't happen to anyone else.

Those with any information related to the case are urged to contact Sgt. Rodgers at 208-475-5617.