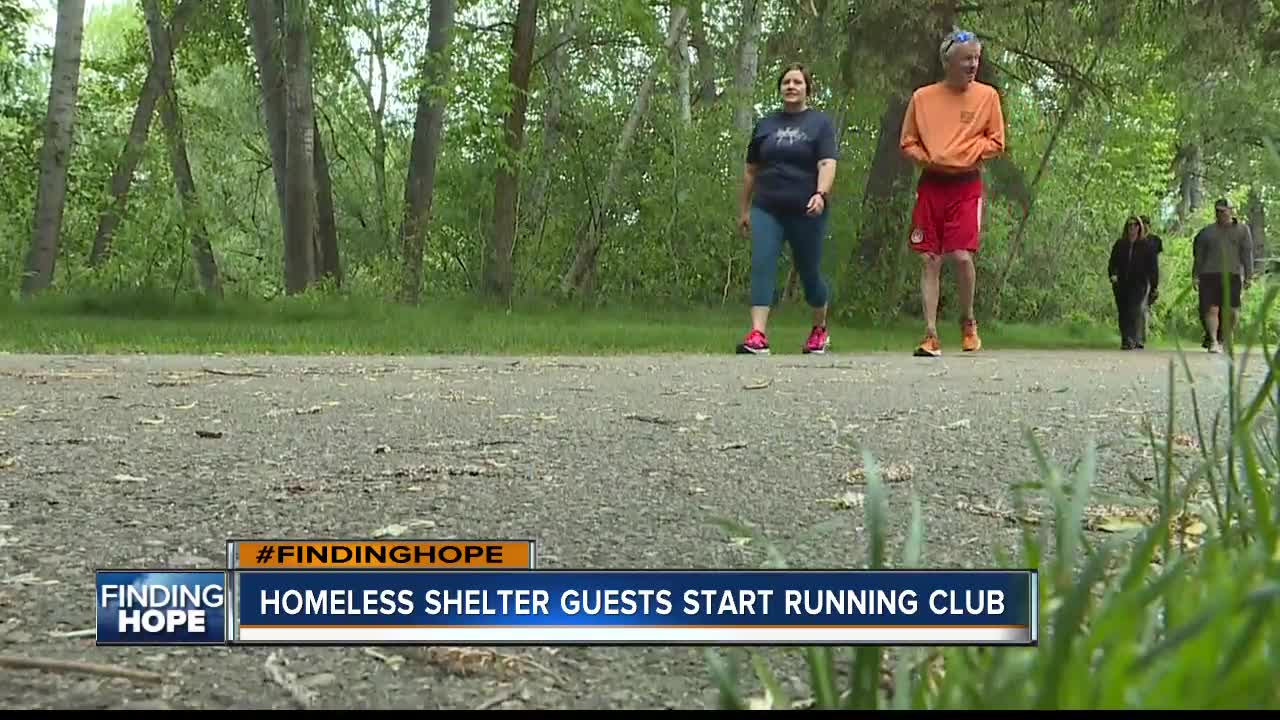 BOISE, Idaho — Inspired by a documentary on a Skid Row running club , a local shelter leader wanted to give homeless guests something to fight for. Now, they're making strides.

Like the river flows, so do the runners and walkers who line the Greenbelt any given Saturday. But one new group of joggers has seen rougher waters than most.

"Well, I live in the homeless shelter, and these are people also other guests that live there as well," said John Perez, running club member.

"It's like ahhh.. you're in your own little groove, ya know?" said Perez. "It took me a long time to find my groove."

The two-month-old club is named after the alley behind Interfaith Sanctuary -- an alley that just so happens to be where Perez and his wife were found crying on a Monday nine months ago.

Jodi Peterson, Executive Director of Interfaith Sanctuary, said she is the one who first came upon them.

"And I went and I talked to them and they were so scared-- they didn't know how to do this homeless thing," said Peterson.

That's when the sanctuary helped them land jobs, a pair of running shoes, and the opportunity to be part of something bigger-- and, well, faster.

Every Saturday morning at 8 a.m., the group meets at the shelter and then walks down to a section of the Greenbelt near Americana Blvd. and Shoreline Dr. to begin their walk or run.

The club is currently training for the St. Luke's FitOne half-marathon in September.

Perez says the club provides a mental "reset"'-- and helps him outrun his addiction. Having recently become a grandfather, Perez says he's now six months clean, having relapsed only once.

"I have too many people that rely on me and I can't disappoint not one of them," said Perez.

Visions of a life in his future home push him closer toward that finish line.

"Absolutely," replied Perez. "I can already see it in my mind...us sitting in the living room, watching TV, all that kind of stuff... forward momentum is really important."

One thing's for sure: it takes a fighter to lace up every week like these folks do. But that courage to go the distance is now giving Perez and other club members this in return: "The grace and dignity that they deserve," said Peterson.

Cooper Court Walk-run Club is looking to welcome new members (anyone really-- from any walk of life). To learn how you can get involved, join the group, or provide donations, contact the shelter's Admin Office at (208) 345-5815 or click here .