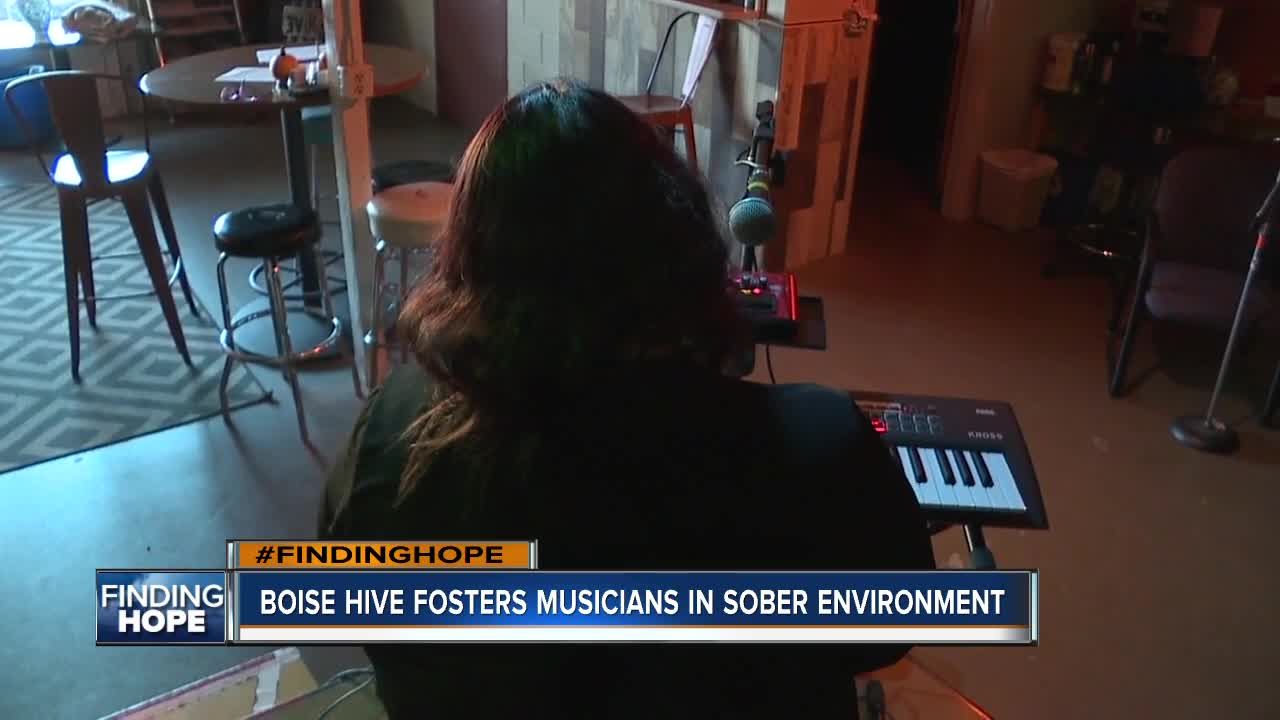 One Boise woman said having a safe and sober place like the Boise Hive to practice her music in, has not only helped her to live again— but to thrive.

BOISE, Idaho — One local nonprofit is working to address mental health -- but this one is specifically aimed at helping the musically inclined. The Hive Boise is a sober rehearsal studio space for musicians with in-house access to mental health counseling.

And despite having gone through some really tough times, one Boise woman said having a safe and sober place like this to practice her music in has not only helped her to live again— but to thrive. The Boise Hive is a sober musician's resource, and for many artists like Sarah Williams, making music is a coping mechanism in itself.

"For a person who's got this voice in my head that says, 'You're not good enough, you can't do this,' you know, and it's constantly beating me down... it's uh... I'm gonna get emotional -- it's put me to the next level," said Williams, musician and volunteer coordinator with the Hive.

Ten years ago, Williams was in a bad car accident on Eagle Road.

"And the emergency room doctor told me, what do you want for pain? I will prescribe you anything.... I became addicted to pain medicines and that went on for about seven years," said Williams.

Williams, who is now the lead singer of her band Sista Sarah and the Pocket of Bones, says she had just gotten clean from her addiction to opiates when she first came to the Hive three years ago.

"I wanted to stay sober -- I didn't want to be in an environment like bars and clubs where people were abusing pain medicines, because it's a whole community, ya know?"

Now, by finding her safe space to write and practice in, she booked a gig at the acclaimed Sapphire Room this month.

"These are things that are successes that I never experienced before in music," said Williams.

For prices as low as $6 per hour, anyone can rent a studio to play, record, or practice in.

They also host classes on how to professionally mix or master your music, band management and book-keeping, and even about making the best use of your rehearsal time, according to Williams.

Williams says the Boise Hive is looking for more volunteers, so to learn more on how you can help, just visit their website .