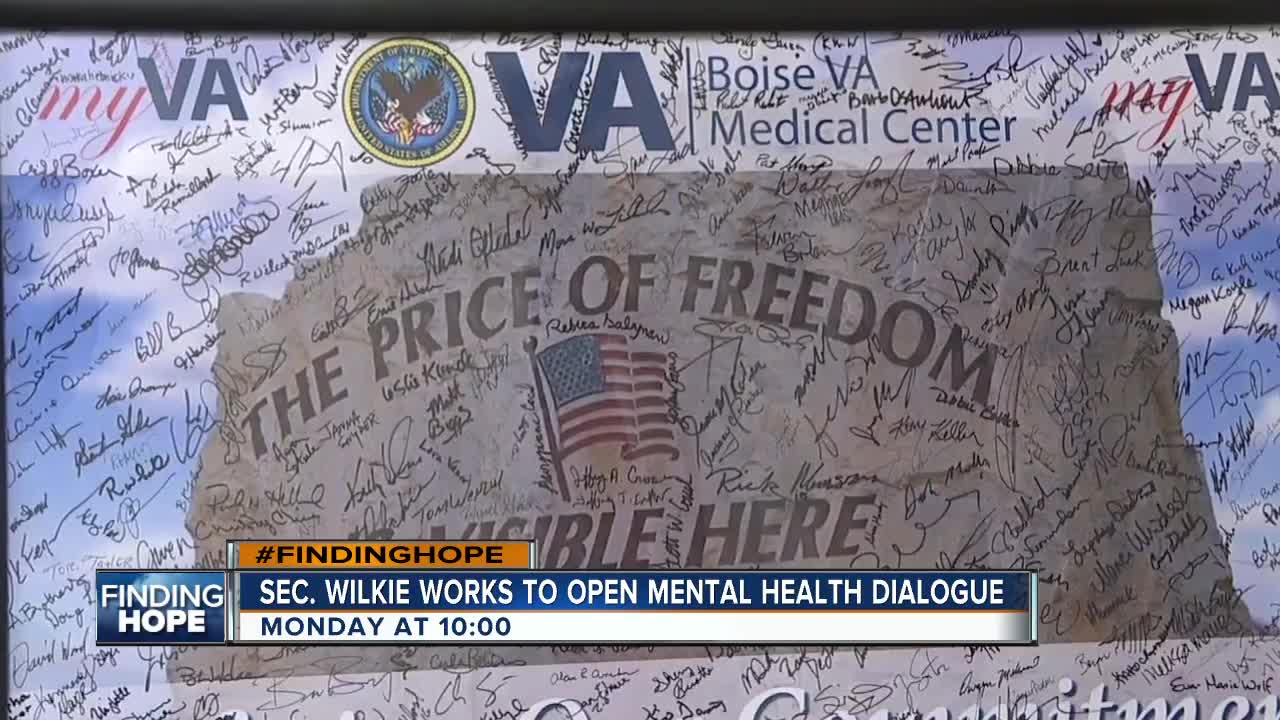 BOISE, Idaho — Since last October, U.S. Secretary of Veterans Affairs Robert Wilkie says every veteran who's come into the V.A. has received a mental health screening.

He says they've now screened close to one million veterans.

Wilkie tells 6 On Your Side he hopes to open dialogue when it comes to mental health in veterans and emphasizes that stigmas need to be broken.

"It's a cultural phenomenon that needs to be addressed when that young American first entered the military. It's alright to go see the Chaplain, it's alright to tell us, and that attitude then becomes part of the mindset once that individual comes into the V.A." says WIlkie.

Wilkie also says he's working to create changes that he hopes will have impacts on generations to come by spreading awareness about how to identify warning signs.

6 On Your Side's Madeline White will have more from Secretary Wilkie in Monday night's Finding Hope at 10:00 p.m.