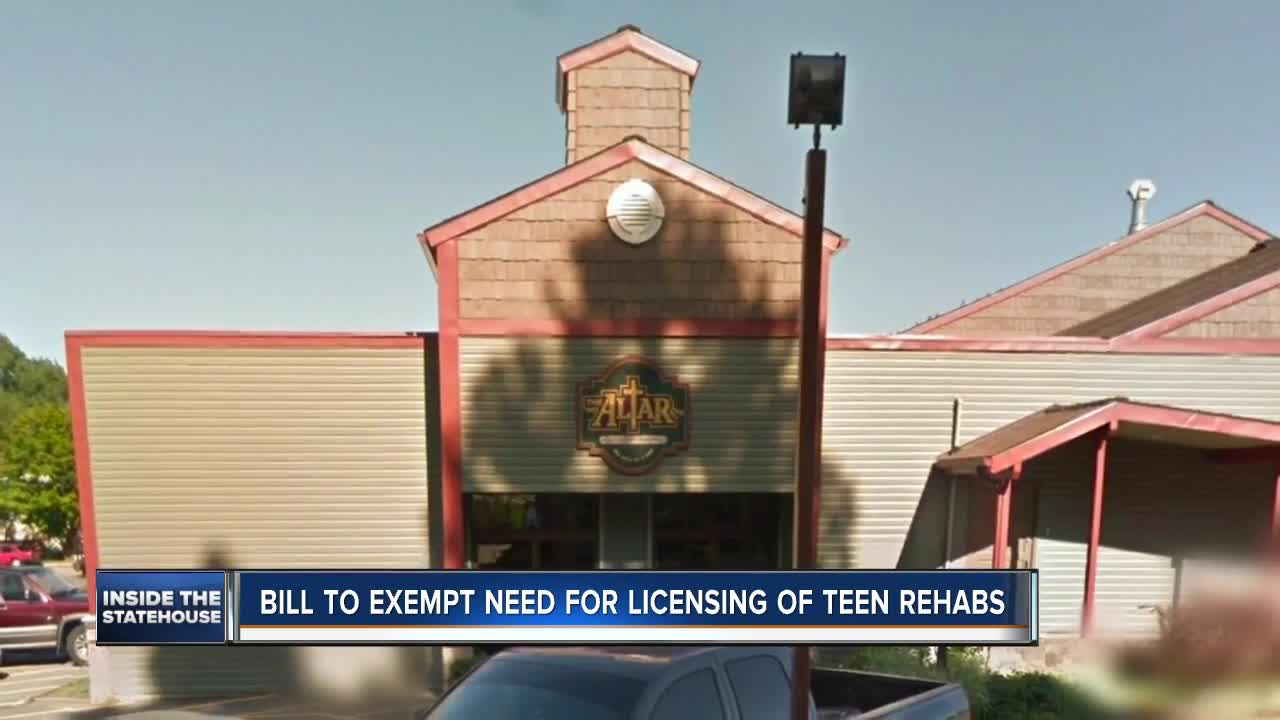 The Idaho House of Representatives supported a highly controversial bill Monday that would allow residential drug and alcohol treatment programs for teenagers to operate without a state child care license.

BOISE, Idaho — The Idaho House of Representatives supported a highly controversial bill Monday that would allow residential drug and alcohol treatment programs for teenagers to operate without a state child care license.

Some lawmakers say they hope House Bill 340 will remove barriers for teens needing help with substance use disorder.

"I was very pleased to see that it passed," said Sen. Mary Souza, R-Coeur D'alene.

But opponents -- many of them licensed clinicians themselves -- worry it would lead to more harm than good.

"Would you send your child to a place where you didn't know what was happening to them while they were there?" said Monica Forbes, PRC, PSS, MA, Recovery Coach and Founder, Peer Wellness Center.

It's a bill that has many licensed clinicians in Idaho outraged.

"We have regulatory oversight for a very real reason and it's very important to maintain that," said Forbes.

The bill makes it so that a program offering substance use disorder treatment to teens doesn't need proper licensing. The bill's sponsor says it would help to add resources where there are few.

"Kids who are under 18 can't even go to crisis centers, they can't go to adult rehab centers, and so they have almost no options," said Souza.

Versions of the bill have been proposed for several years, but this one aims to benefit one rehab in particular owned by a fellow legislator.

"Pastor Tim Remington's facility -- it's called Good Samaritan Rehab up in Coeur D'Alene... that has a track record of wonderful success," said Souza.

"People that go into his program only pay $3,000 for a four-month program. That's unheard of, because Pastor Tim has so much fundraising from the community, so much support, so many donations, that he can do this," said Souza.

But with Medicaid Expansion having gone into effect recently, Forbes disagrees.

"There is really no reason, that somebody who cannot afford it, cannot access treatment services right now," said Forbes.

The bill originally included oversight conditions, such as requiring criminal background checks on employees, compliance with sanitation rules, and a prescription from a doctor for kids enrolled, but all of them were removed this year when the bill was amended in the house.

Forbes argues this brings up liability issues. As written, the bill would receive a check-up on its success in 2023.

"Licensing insists that we have licensed clinicans that are offering the services, the records are audited, that if there is a problem, there is a clear chain of command to file a complaint," said Forbes.

This -- a main concern for not just PEER Wellness Center, but also Recovery 4 Life, the Idaho Federation of Families for Children's Mental Health, and other groups.

Another concern opponents have, is that at Good Samaritain Rehab, adults and adolescents would be using the same facilities and social areas. But Souza insists they're kept in separate sleeping quarters and bathroom facilities, which she says eliminates any risk of problems.