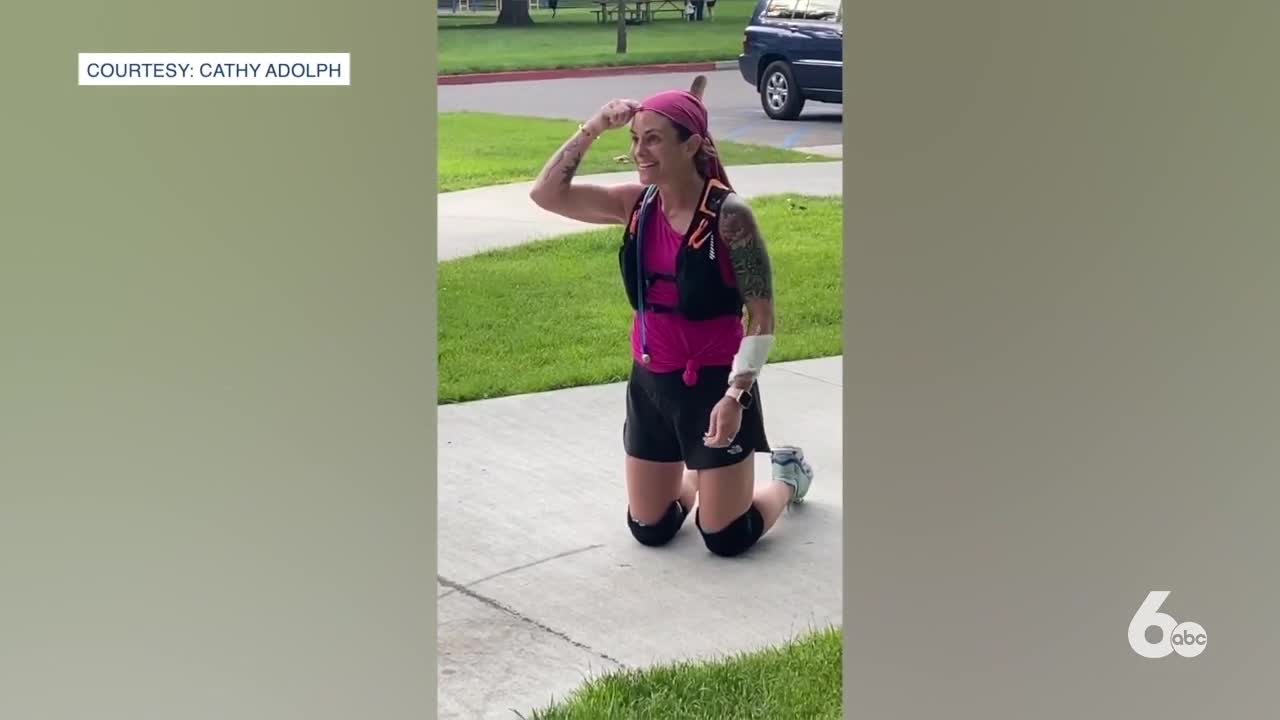 The second day of the preliminary hearing for Chad Daybell is underway.

BOISE — Cathy Adolph ran 50 miles to raise funds and awareness for the Idaho Suicide Prevention Hotline where she volunteers each week.

“I kept thinking of our callers there are so many Idahoans that need help, so the more money the hotline gets the more outreach we can do and the more awareness that we can raise,” said Adolph.

When quarantined started, the ISPH volunteers were unable to serve due to safety concerns from COVID-19.

“We missed 50 percent of the calls because it’s basically one person on the line instead of a shift of four people taking calls rolling over and over and over,” said Adolph.

She wanted to find a way to still give back to her community after an ultra-marathon she was training for got canceled.

“My husband and a friend had a nice big thing of toilet paper like a ribbon that I could run through, so right before I broke the tape I did a cartwheel right toward the end cause I was so excited,” said Adolph.

The hotline had to cancel its annual fundraising event, but she raised enough money to pay for their rent for a whole year.

“It means the world to us that we have volunteers like Cathy and many many many others, they really pour their heart and souls into their work,” said ISPH Director, Lee Flinn.

It's Idaho's only 24/7 crisis suicide hotline, and they provide support to not only people that are suicidal, but also to anyone in a crisis or that needs someone to talk to.

“Suicide is completely preventable and Idaho ranks really high in rates of suicide in the nation usually between eighth and fifth," said Adolph. "It is really tragic and there are a lot of resources out there including the hotline.”

Flinn says the hotline is there for anyone and everyone in Idaho.

“Just know that whoever you are wherever you are in our state you can call and also if you have loved ones that you think are struggling and you don’t know how to approach them we are a resource for you as well,” said Flinn.

They want everyone to know that we all play a role in suicide prevention.

“Stay in touch with your loved ones especially those that are feeling isolated and a financial strain, there’s been an uptick in anxiety from our callers and domestic violence, so just try to support your loved ones as much as you can,” said Adolph.