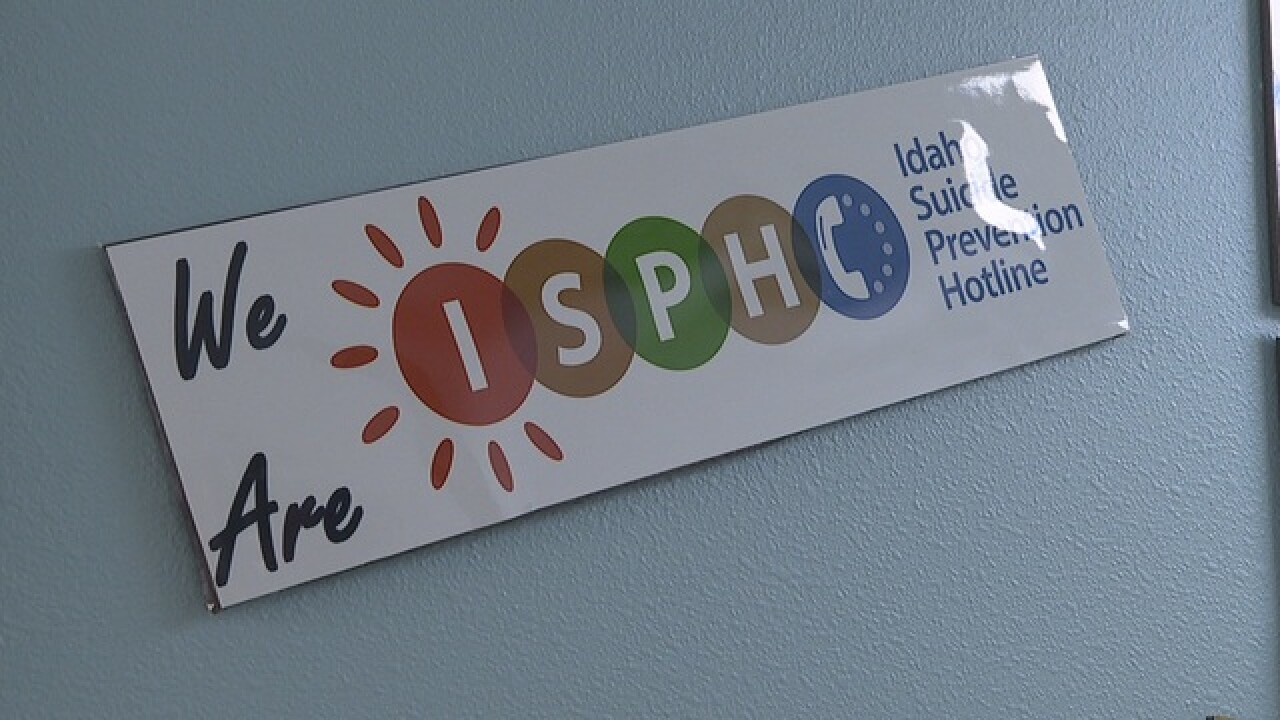 BOISE, Idaho — This article was originally written by Ximena Bustillo of the Idaho Statesman.

Loneliness, social isolation and financial concerns have been common reasons why people have called emergency hotlines in the U.S. in distinctly higher numbers this year — with callers mentioning those feelings in relation to the coronavirus pandemic and stay-at-home orders.

Idaho might not be immune, according to officials, but so far the state’s figures don’t show increases that match what has happened nationally. They do show a rise in certain kinds of calls, including domestic violence concerns.

“During a pandemic it’s really an odd time. It’s like no other time we have ever lived through. It does add to the difficulties a lot of Idahoans feel,” said Lee Flinn, director of the Idaho Suicide Prevention Hotline. “Some are feeling an increase in loneliness and interpersonal conflicts. Those existed before, but the pandemic does complicate a lot.”

The hotline started tracking callers with COVID-19 concerns at the end of February, Flinn said.

Unlike what’s been seen nationally, the call volume has been similar to the same time period a year ago, according to George Austin, a clinical lead who keeps track of call analytics and data for Idaho. Based on the quarterly report provided by the hotline, 3,523 calls were received in the January-March period this year, only a slight increase over the 3,474 for the same period last year.

“We aren’t seeing spikes in suicide, but we are seeing increases in factors that may exacerbate risk factors,” Flinn said.

Idaho’s numbers so far cover only the beginning of the pandemic. Once figures from April and May are tallied, they might paint a different picture.

“The spikes are happening in really specific topic areas, and in the calls to the National Disaster Distress Helpline because people don’t know where to turn,” Austin said. “They have been so overwhelmed, (some) calls spill back to us.”

In the first eight weeks of this crisis in Idaho, as compared to the same time frame last year, hotline responders have recorded:

There also was a report that gained national attention about suicides in Idaho’s Bear Lake Valley. Montpelier and its surrounding area had five suicides in a three-week span of April, with another two deaths being investigated. This was after Bear Lake County saw just five suicides between 2015 and 2018, according to the story.

Austin said he does not see a statewide increase in suicidal callers, but noted that it’s something to monitor closely due to the longevity and extent of the pandemic’s impact.

“If a person called and said they have anxiety because they lost their job due to the meatpacking plant shutting down because of the virus, that would be tagged as COVID, anxiety and financial stress,” Flinn said.

As people are cooped up at home, the reasons for distress can change.

“Issues around anxiety, interpersonal conflict have been among the highest. That can be, ‘I am frustrated with my roommate, or my siblings,’ or it can be a real safety concern if someone is sheltered with an abusive partner,” Austin said.

One thing officials have worried about from the start is the possibility that people would not be able to escape an abusive situation at home, and the Women and Children’s Alliance in Boise has seen indication of that.

Davis noted that the alliance now has 24-hour hotlines and anyone can call for information, resources and support, which can lead to an increase in call volume.

“We just want to make sure everyone recognizes there is help and we can be a part of that system,” she said.

Something that could be affecting the suicide hotline call numbers is the amount of people available to answer. As part of the statewide coronavirus closures, all volunteers were sent home on March 17, so the hotline went from over 80 people answering calls to about a dozen for the latter half of March.

“In normal times, we are able to pick up on the first time someone calls 80% of the time. Now it’s about 65% of the time, which is problematic,” Austin said. “It’s not that we are missing 35% of the people. Most call multiple times, but we hate anyone ever calling the crisis line and not getting a live person.”

According to Flinn, the short staffing is not unique to Idaho, and officials have worked on temporary solutions. The state awarded funds to allow volunteers to respond to texts and chats from home, according to Austin.

“With some additional infrastructure purchases we could accommodate the same thing, and reallocated those funds and are in the process of testing and bringing on (more) remote responders as we speak,” Austin said.

The Idaho suicide hotline is looking to bring volunteers back into its building by the end of the month, while still allowing for remote work.

DO YOU OR SOMEONE YOU KNOW NEED HELP?

To reach the National Suicide Prevention Lifeline, call 1-800-273-8255. Your call will be routed to a member of the Lifeline network based on your area code. The Disaster Distress Helpline, 1-800-985-5990, is dedicated to providing immediate crisis counseling for people who are experiencing emotional distress.

The Faces of Hope Victim Center Victim Center is available for victims in need of emergent services at 417 S. 6th St. in Boise. Victims should call 911 in emergencies or call 208-577-4400 on weekdays during business hours. Faces of Hope provides free medical care and forensic examinations for victims as well as assistance with filing police reports and mental health care.

Survivors who may need help are also encouraged to contact the National Sexual Assault Hotline at 1-800-656-4673.