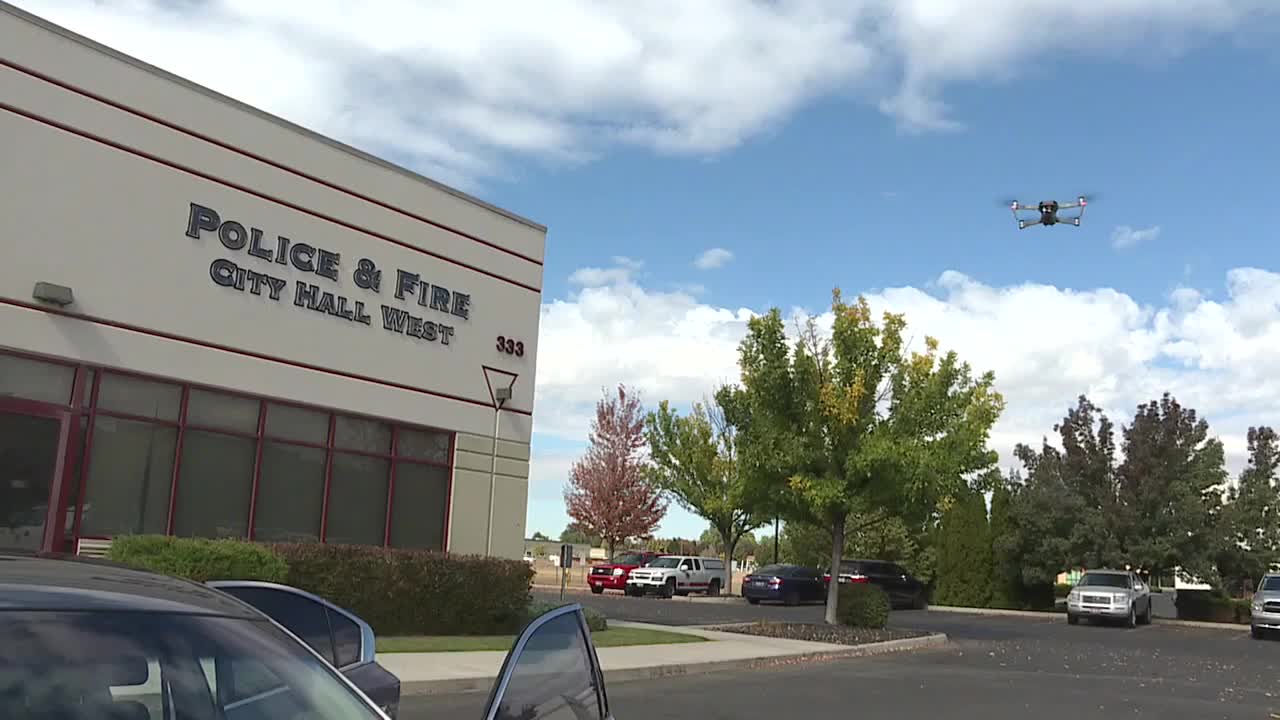 Boise Police started using a drone in October and they say they've used it 14 times since.

BOISE — The Boise Police Department implemented drone technology in October 2018. They purchased the drones for about $2,000 a piece.

Since then, Patrick Avella, watch commander for the Boise Police Department says the department has used a drone on several occasions such as a search and a rescue mission, missing persons investigation, crime scene investigation and an automobile crash investigation.

"My mission every day is to protect the public and to make sure my officers get home safe to their families," said Avella.

He says the drone is taking the place of tactics they've used for years.

"We've had the fire department come out with the ladder truck . We have to wait for them, put officers up in the bucket and get overhead pictures that way. With the drone, now we can send one officer out and do in 15 minutes what it could do in half an hour, hour and a half."

He says it's for public safety. Instead of putting people in harms way, it can do the same thing from the sky.

"It's finding a missing child or locating somebody on the greenbelt or in the foothills. For officer safety, if we are doing a yard to yard search or some type of search for a suspect we believe is in the general area, we can launch the UAV and perhaps get a different perspective than the officers on the ground have," Avella said.

Avella says they've used the drone to locate someone who was hiding in the foothills. It's something he says could be useful in potentially dangerous situations.

"We think back to 2016 when Officer Holtry and Officer Davis were shot by a subject lying and hiding from them. Had we had this equipment at the time in operation, we would have seen that suspect hiding from the officer. He wasn't doing a great job of hiding. He was just taking cover behind something, so from the approach of the officers at the time, they cannot see him. The drone gives us 360 degree coverage," said Avella.

Avella says they've had about 14 deployments since they got the equipment.