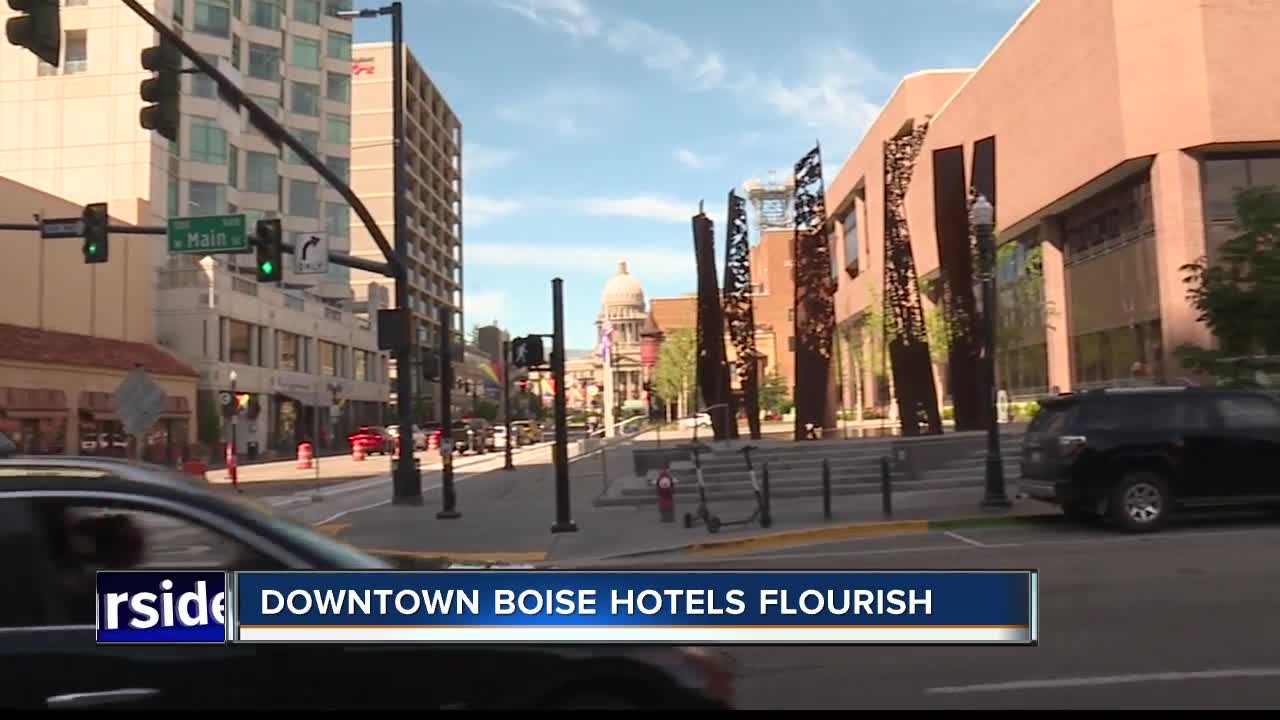 Conferences and events have been filling up hotels in Downtown Boise.

It seems like you see a new building popping up in Boise quite often and the last few years, there's been several hotels going into Downtown Boise.

Terry Kopp with the Boise Convention and Visitors Bureau says more than 400 sleeping rooms have been added to the downtown area in the last few years.

She says at any given time hotels run at about 70 percent occupancy downtown.

When a large convention comes into town, they use three or four hotels. To land a spot, conventions have to book several years in advance.

"They can't call up a city six months before and say we're looking at bringing our convention to your city because more than likely there won't be days available," said Kopp.

Kathy Pidgeon, the general manager of The Riverside Hotel says they hold quite a few conferences

She says the other hotels going up hasn't been a bad thing.

"Before we used to meet with clients and we would have to show them geographically where the state was located and now they are saying what is the buzz about Boise? Why should we bring our meeting to Boise and it's much easier to tell them that," said Kopp