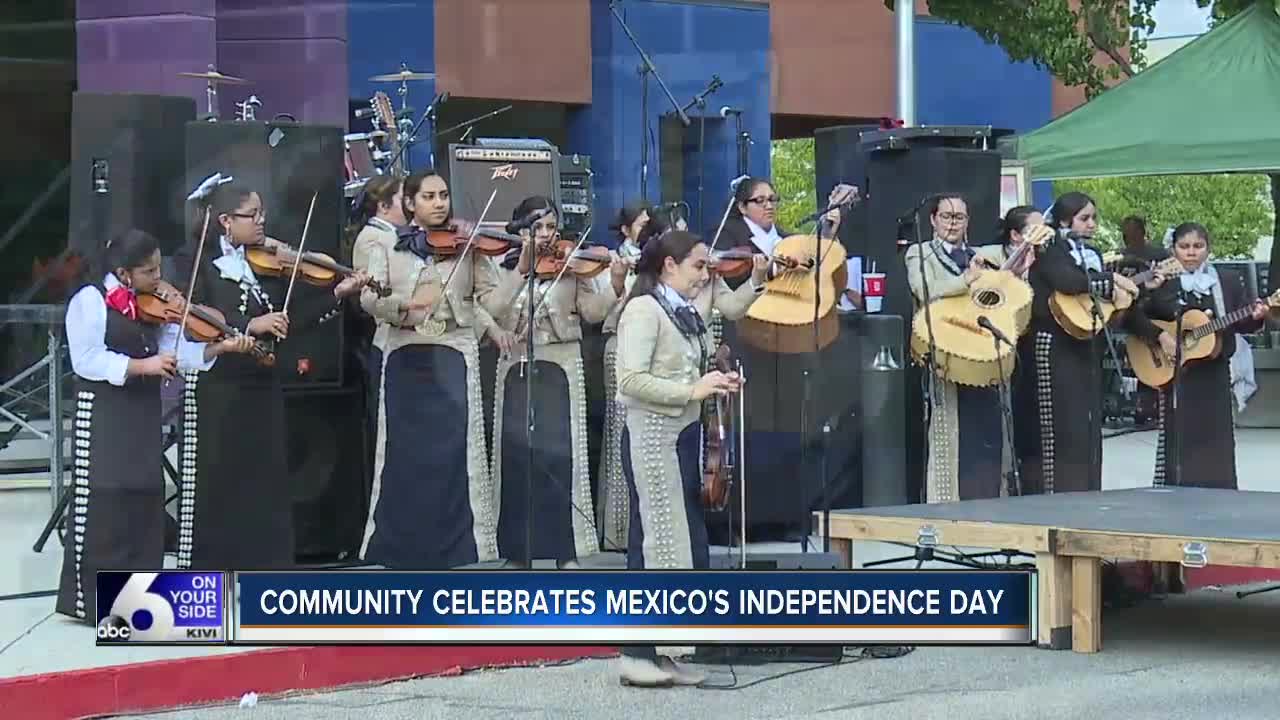 Mexico's Independence Day is celebrated on September,16th every year.

TREASURE VALLEY — Monday, September 16th marks the anniversary of the Mexico’s independence from Spain. Every year festivals all over the Treasure Valley celebrate Mexico's Independence Day with traditional food, music, and dancing.

"There's a lot of people that come and just like American people. They like us. They like to enjoy with us our celebrations so they have fun. They want to come and have drinks and have fun and just listen to the music," said Esperan Camoran, El Tenampa in Meridian.

All year the community enjoys businesses that add to the diverse community such as authentic Mexican restaurants.

With 12 employees and a demand for an all around favorite item on the menu, local market owner, Manny Marin says he does well.

"The Mexican food is everywhere you know and it's a part of the culture to everybody, you know and that's why the tacos and food is very important to keep it here in U.S.A," said Marin.

"Mexican restaurants try to preserve the culture which is like food, you know? That's very important for tradition. For me, the tacos. I think the best in the world and that's the number one food, tradition in Mexico."