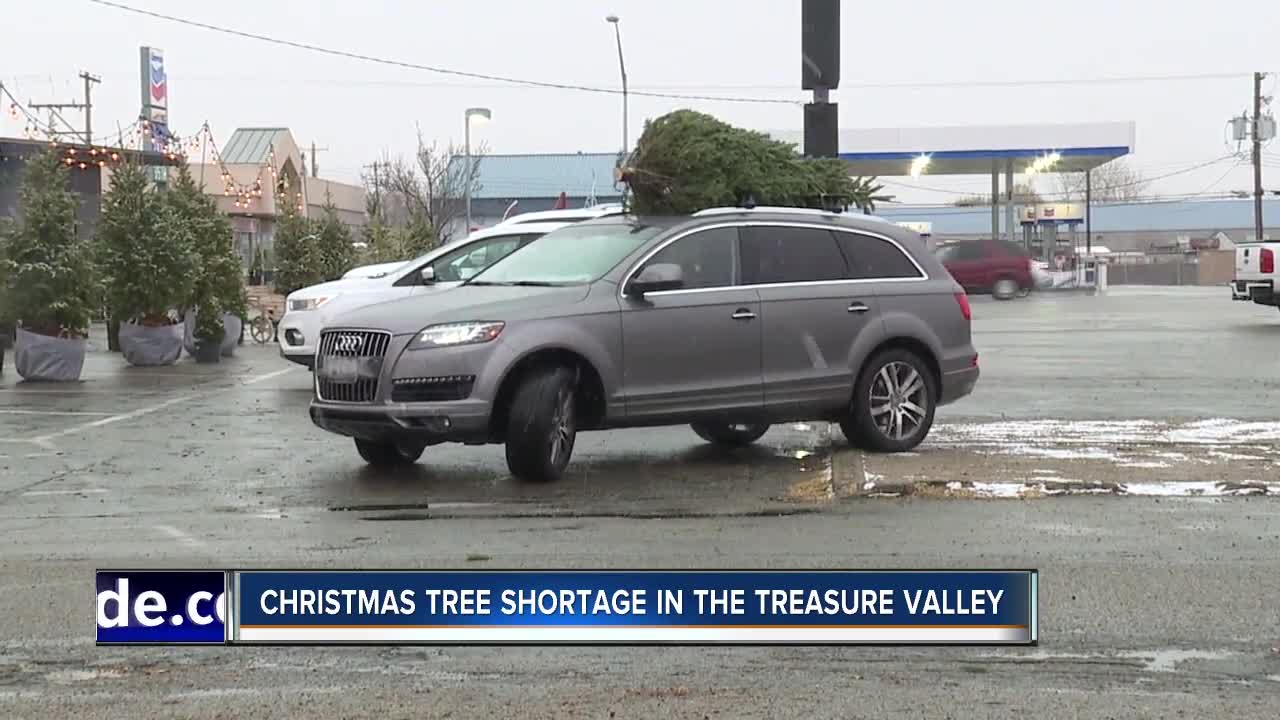 There's a Christmas tree shortage in parts of the country, including Idaho.

BOISE, ID — Treasure Valley nurseries and tree lots are having a hard time to find Christmas trees to buy. It's part of a Christmas tree shortage in parts of the country, including Idaho.

Lindsay Schramm, the owner of North End Organic Nursery, says about seven years ago, there was an abundant supply of trees. Growers decided to grow other crops, said Schramm. Most mature Christmas trees take at least seven years to develop, so now they're feeling the effects.

"I was stressing out regularly. You know, this is a way for a seasonal business like a nursery to keep our employees going, you know, throughout the winter months, and the idea of not getting Christmas trees was a very real prospect," said Schramm.

She says prices for her to buy them have gone up 30 to 40 percent from last year. She says even different nurseries were helping each other out.

"Several of them were shorted, even at the last minute from getting their deliveries. I'm short about a hundred trees right now. They were supposed to be here, and they never showed up. They got sold to somebody else."

The more significant trees were especially hard to come by.

"We were just happy to get them because they're so hard to come by that big because a lot of the growers are cutting them down smaller to sell them while the prices are high and they're not letting them get to that larger size."

She says the growers that she has been working with see this deficit coming out in the next two to three years.