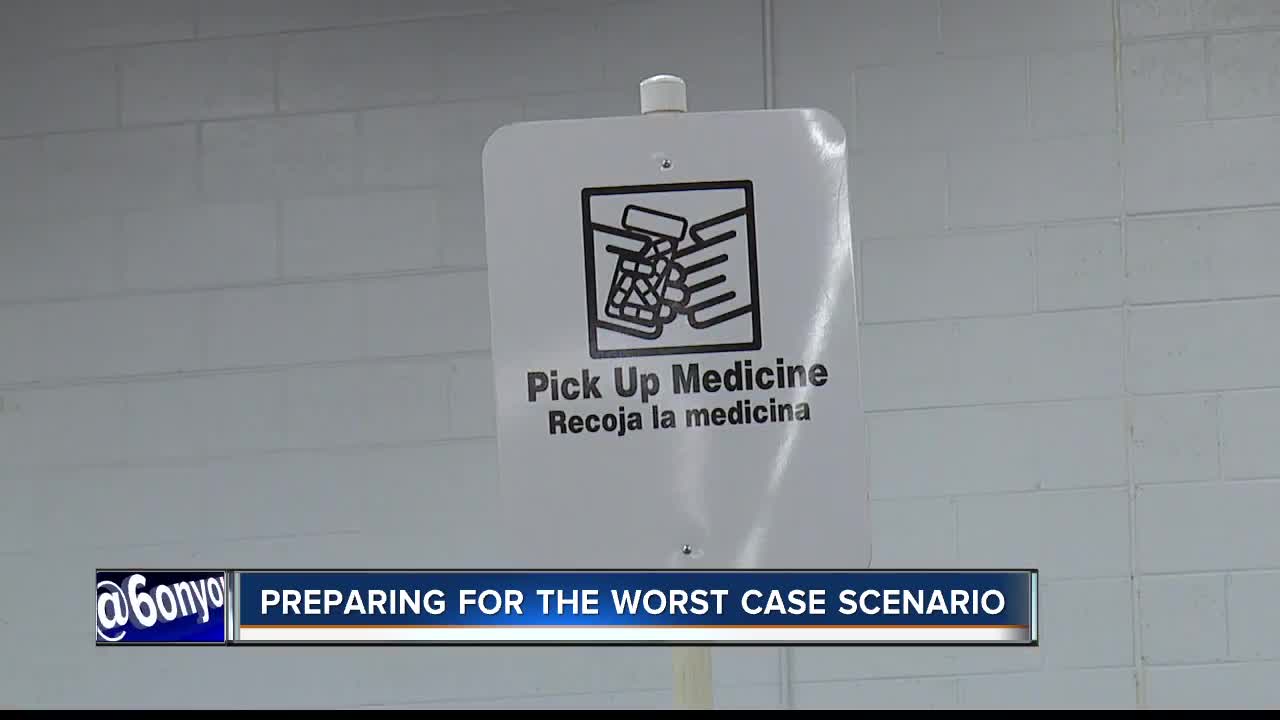 BOISE — Although it was not a response to a real threat, the Central District Health Department practiced for an Anthrax attack in a simulation at Expo Idaho.

"In an emergency situation, a lot of people tend to panic and the message that public health would like to send to them, is that there isn't really a need to panic," said Brandon Atkins, Central District Health Department.

In the scenario, the Anthrax could have potentially influenced about 200,000 people in the Treasure Valley.

"If we knew something and were able to respond quickly, get people prophylaxis and treatment before they were displaying signs and symptoms, the efficacy of treating it is very very high," said Atkins.

CDHD says if there was an Anthrax attack, they would have to distribute antibiotics within 48 hours.

The department distributed fake antibiotics to the public and staff and volunteers played a role in the exercise as a victim.

"To have an emergency, you know how to act and you have to know how to react," said Ian Bott, Actor.

Local nursing students got a different perspective in playing the part of a patient.

"It's always like put yourself in the place of the patient so this is a way for us to literally be, you know, this is where we are. This is how we feel and I think that's important so we can improve our practice," said Jamie Mayo, Idaho State University nursing student.

Atkins says it's important for community members to know there is a method in place.

"Two of the biggest components to help the community know that it isn't a mass scare. It's more a mass exercise to make sure that people could respond to something and know that there is a plan that could help treat that exposure were it to exist," said Atkins.