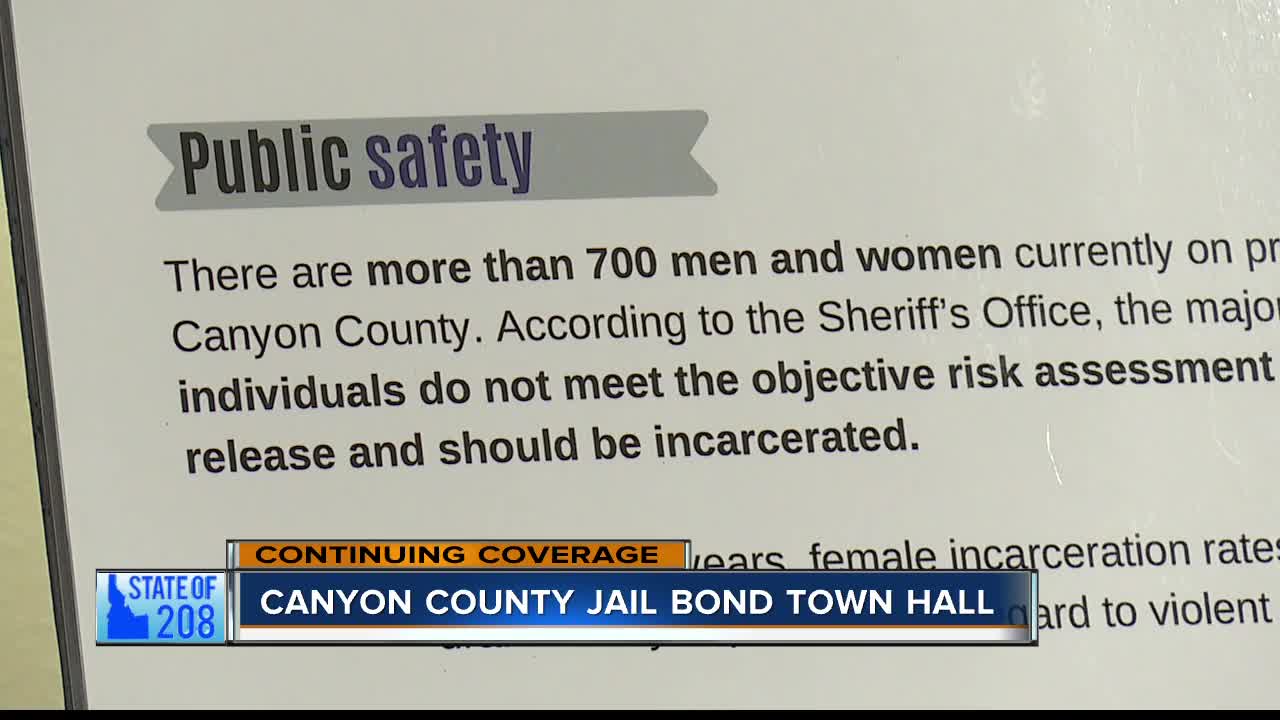 “My daughter, she’s a mother of two, she’s a homeowner and she struggles as it is now,” said a community member.

Canyon County Officials says that cost would be just over 90 dollars per year based on $100,000 of taxable property.

Authorities says more than seven-hundred men and women currently are on pre-trial release in Canyon County.

Ward says this presents a public safety issue for the community.

In the three times they've tried to pass this measure, the majority of the community in Canyon County did not support the bond to build a new jail.

Canyon County Jail and commissioners are presenting the $187 million bond to the public May 21st that would provide a new jail facility of more than 1,000 beds to serve projected needs over the next 30 years or more.

The new jail would be west of Caldwell near the interstate and on us Highway 20/26.