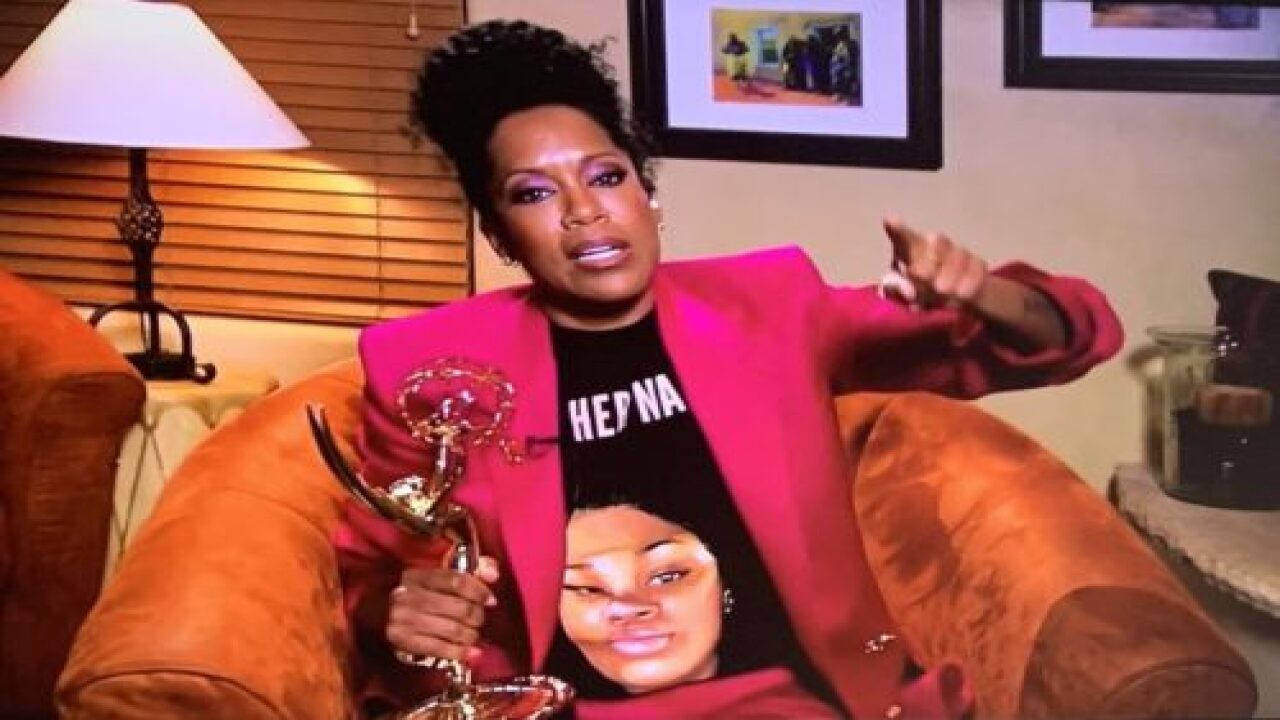 The 2020 Emmys were always going to be a little different than previous years, thanks to the COVID-19 pandemic. People expected no mass gathering of TV and movie stars, no red carpet and a lot less glamour. In July, the official dress code was announced as “come as you are, but make an effort.”

But a more casual affair doesn’t mean powerful statements can’t be made. For the virtual event on Sunday, Sept. 20, Regina King made sure the name Breonna Taylor was in everyone’s mind by wearing a T-shirt bearing the young woman’s face underneath a hot pink blazer. Taylor, 26, was killed by Louisville police officers while she was sleeping in her home in March.

Here’s an image showing how King wore the shirt on TV, as posted by viewer @SilviaObell.

King, who won Outstanding Lead Actress in a Limited Series or Movie for her role on HBO’s “Watchmen,” has worn the shirt before — as have many other celebrities, including Jessica Alba, Amy Schumer, Mandy Moore, Tracy Ellis Ross, Niecy Nash, Ruby Rose and Olivia Wilde.

Here’s King’s post from August, showing her wearing the shirt and promoting the cause on her social media at @ReginaKing on Twitter:

150 days since BREONNA TAYLOR was murdered. Too often BLACK WOMEN who die from police violence are forgotten. SAY HER NAME. This tee was made in partnership with the BREONNA TAYLOR Foundation to whom all profits are given. https://t.co/FgxDiUORBP pic.twitter.com/mWq1oybSWX

To make sure King got her message across in front of the Emmy audience, she actually wore the shirt backward. The front of it reads “Arrest the cops who killed Breonna Taylor” in all caps.

The illustration of Taylor’s face on the back of the shirt is the work of Arlyn García, who is with the brand Grasstaken.

The shirt is part of a campaign launched by WNBA players, in honor of Taylor and others who have lost their lives to police brutality and racial violence. It was produced in partnership with the Breonna Taylor Foundation, created by Taylor’s mother, Tamika Palmer, and all profits are being donated to that organization.

And King isn’t the only Hollywood star to pay tribute to Taylor at the virtual Emmys. “Orange Is the New Black” star Uzo Aduba also donned a shirt with her name as she accepted the Emmy for Supporting Actress in a Limited Series or Movie for “Mrs. America.”

Uzo Aduba deserves! She won an Emmy for her performance as Shirley Chisholm #Emmys pic.twitter.com/GMK3LLHTQW

You can purchase the Justice For Breonna Taylor T-Shirt for $45 in sizes S-3XL at phenomenalwoman.us.