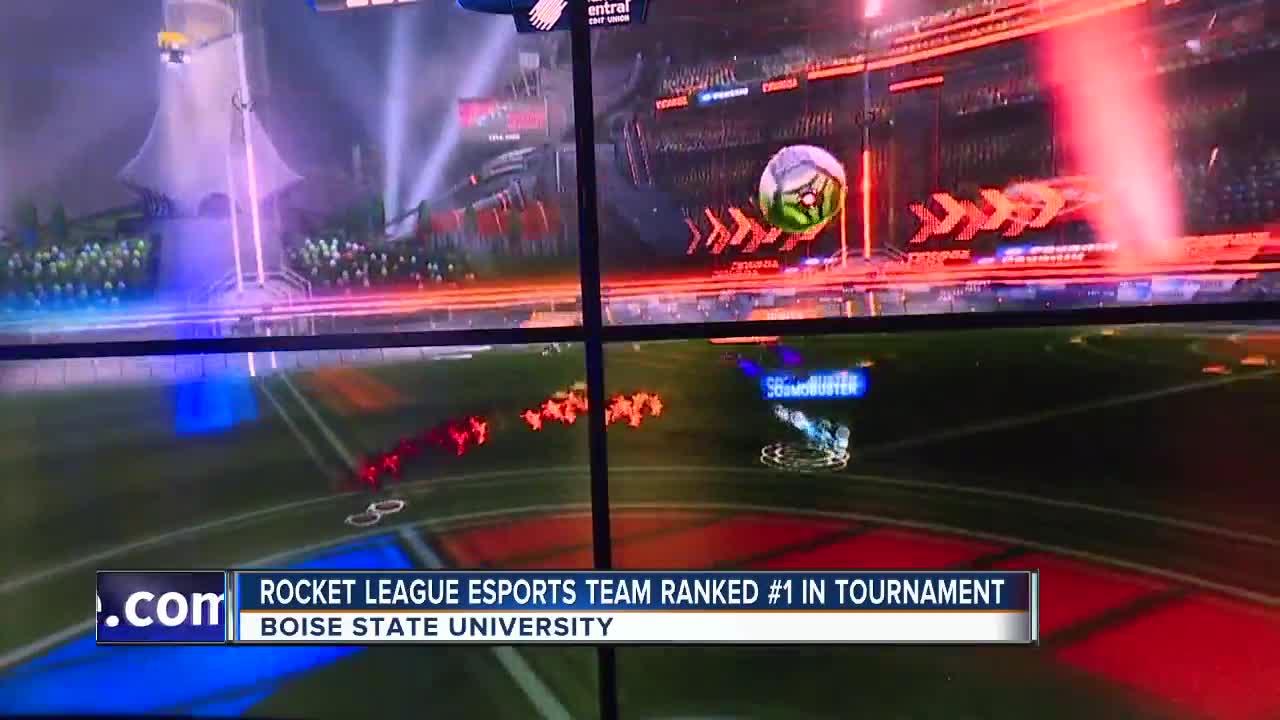 One of their rocket league teams is playing in the National Association of Collegiate eSports tournament.

BOISE, ID — Boise State has always been a competitive in sports, and now a different kind of competition is making its way up the ranks. Rocket League is one of the competitive video games the Boise State eSports team plays.

"It is cars playing soccer. Sometimes they blow up. They've got to catch fuel as they're flying through the air," said Dr. Chris Haskell. "It's amazing what these players can do with a controller to manipulate a car in 3-D space and dunk on a goal, and it's pretty cool,"

One of their rocket league teams is playing in the National Association of Collegiate eSports tournament.

"I'm an extremely competitive person," said Stephen Hackler. "I can't speak for my other teammates, but I'm sure they are too. I mean, they destroy me, so they must be competitive. But it's just something to getting to compete in something and knowing that it means something."

One of their teams is undefeated and ranked number one.

"We're preparing for these opponents together, and we get to see if our plans work -- if they make sense and if we can figure out enough about our opponent while we're playing them to make the adjustments to win," said Haskell. "That's the fun part. It's the big brain games,"