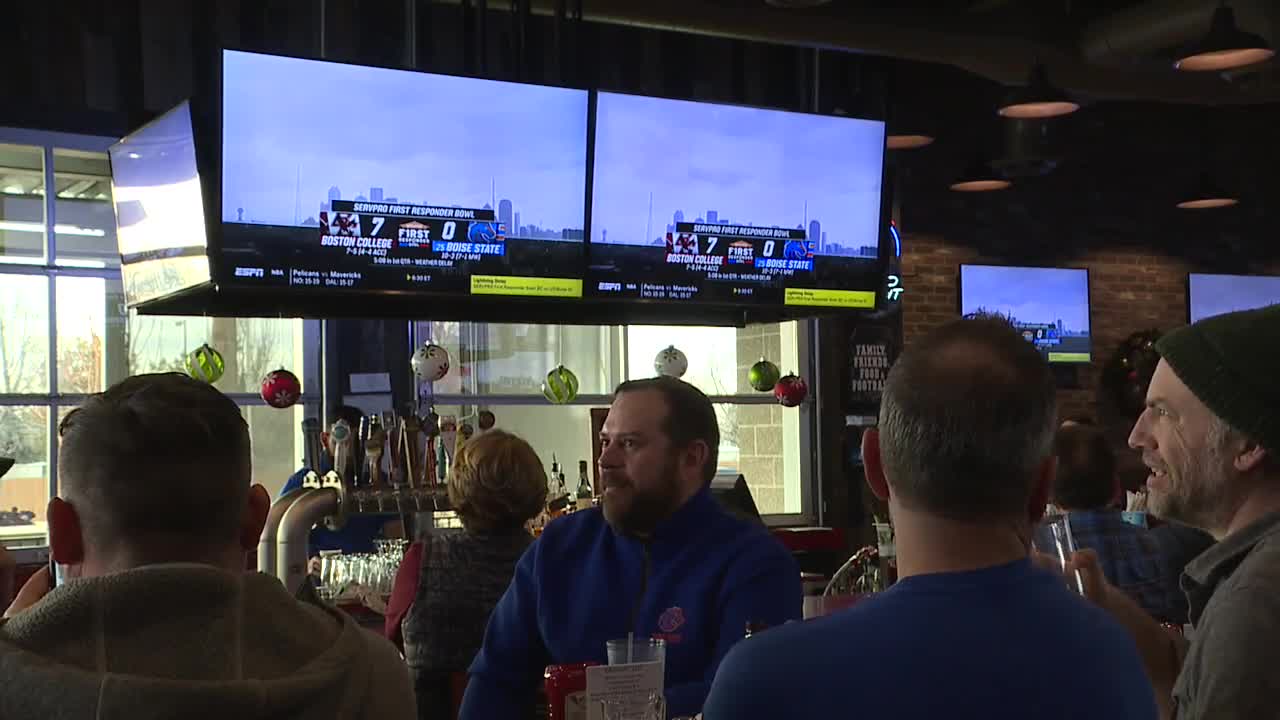 DALLAS — Boise State's rematch with the Boston College Eagles at the First Responder Bowl in Texas has been ruled a no contest and canceled.

The First Responders Bowl at the Cotton Bowl in Dallas was delayed due to lightning in the area not long after Boston College took a 7-0 lead on the Broncos in the first quarter, the teams only played about ten minutes of the game.

Ninety minutes later officials called the game and Boise State lost their opportunity to win a bowl game in front of a national audience on ESPN the day after Christmas.

"It's a bummer BSU being a non power five conference team looks forward to these games every year," said Logan Knight a fan of Boise State. "Bowl games are often of of their best games of the year and to have it get canceled has got to hurt the program a little bit."

You have to feel for the seniors who spent the last couple of weeks preparing for this game and in a very strange way the careers of Brett Rypien and Tyler Horton came to an end, fans who showed up to watch the game at BRIXX Craft House were disappointed that they didn't get to see the Broncos finish out their season.

"That's pretty crazy I've known of delays but I can't remember the last time a game was canceled it's too bad," said Mike Gamblin a fan of Boise State. "But you know you can't blame them with the lightning you don't want to get anybody injured."

UPDATE
As for the fans that went to the game Boston College is refunding tickets bought through the school, Boise State will do the same and the SERVPRO First Responder Bowl announced that they will refund tickets or people can get tickets for next years game with two additional tickets offered.

The @FRBowl has been canceled.

Multiple media in Dallas began tweeting about severe weather in the area and the possible lengthy delay as a result.

WOW. There's no makeup. The First Responder Bowl is done.