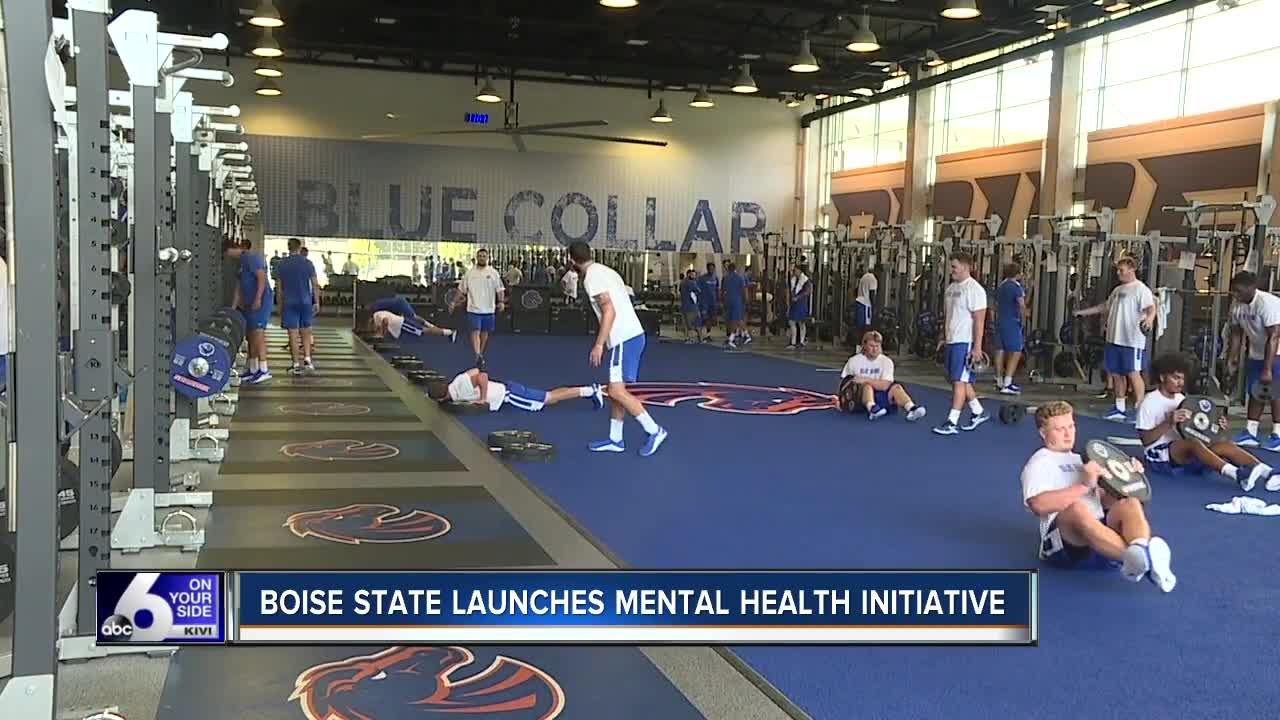 Student athletes have some unique stressors such as managing school, athletics, and a personal life.

BOISE — Boise State has launched a new initiative called "Bronco Bold." It's meant to encompass the importance of mental health of student athletes.

"I think because throughout my life, I've had issues that I've had to deal with just personally and I've also seen peers of my own go through hardships," said Kennedi Paul, Boise State soccer player.

Stephanie Donaldson, Director of Athletic Performance Psychology at Boise State says the idea of Boise state's new campaign "Bronco Bold" is to reduce the stigma and create an awareness of mental health. She understands the difficulty of the life of a student athlete. She herself is a former division one swimmer.

"I spent a lot of time working on my mental health during that time, but that was a long time ago where there wasn't such a focus and so I've continued to really use that as make it an emphasis in my own practice and really champion this cause and it's really important that the student athletes are coming together and bring this out to the public and creating an awareness for it because it's definitely something that's near and dear to my heart," said Donaldson.

Student athletes have some unique stressors such as managing school, athletics, and a personal life.

"It's balancing school and soccer at the top, but also having a social life and all of that within college as well and I think sometimes people don't put enough into each bucket in their life," said Paul.

"I hope that with bronco bold, we don't just have this one event this week. We continue to have events throughout the whole year, also spread things on social media and reach out to those that we know that need help and just be a group to be able to help those," said Paul.

Throughout the week, students will spread messages on social media and they'll wear hair ribbons, stickers on their helmets, and patches.