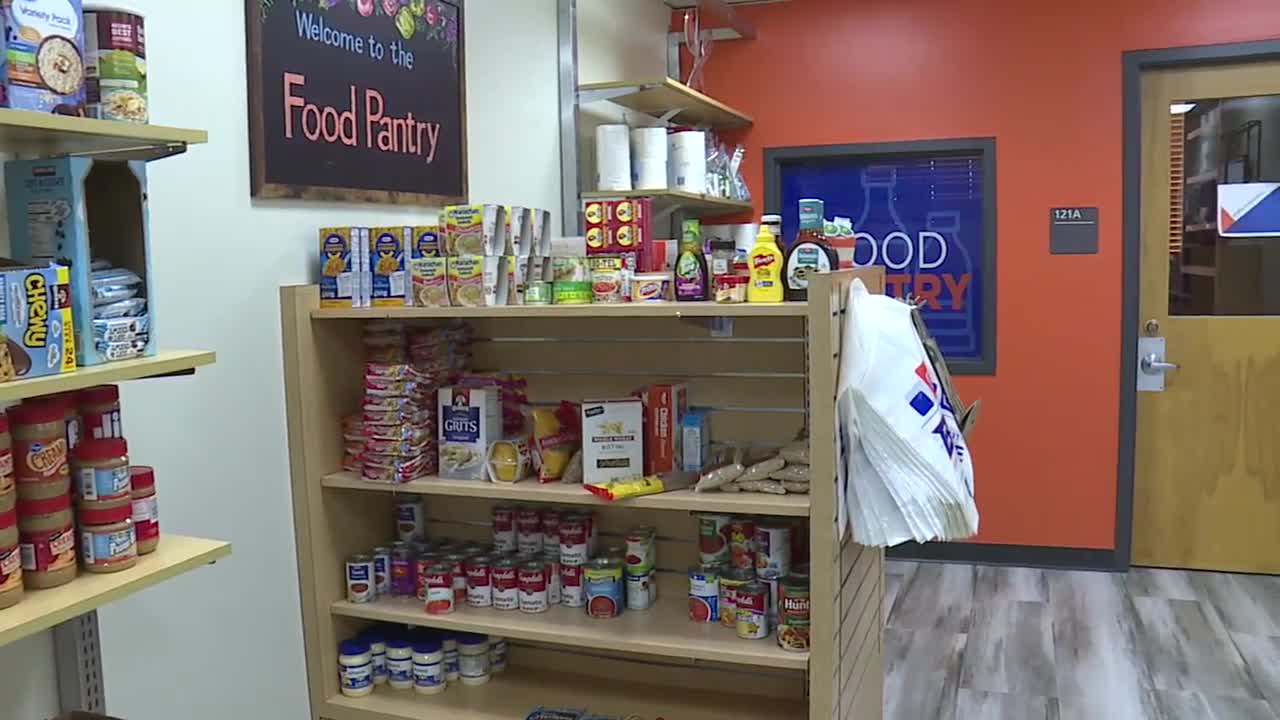 BOISE — School is back is session and most college students are settled in and well into their routine with classes, but for some, there's not always certainty about where they will get their next meal.

Collin Peterson with the Bean of Students at Boise State says about one in three students have expressed that they have gone hungry or have struggled with having enough food in the past thirty days. Back in January of 2018, the campus food pantry opened. Peterson says students can come anytime, grab anything they need as much as they want.

Games, Interactive Media, & Mobile Technology students at Boise State are taking it one step further. The students developed an app called Bronco Beam that makes it easier for students to access extra food on campus.

"It's kind of moral obligation to not let this waste if we can and so therefore we can send out a notification to students within the sub or within the area that the catered event is held and then basically notification to them and they receive hey, there's free spaghetti or free coffee or free cookies or whatever we have and then they have up to thirty minutes to go get the food before we throw it away," said Tyler Chapman, Boise State University.

The first prototype is already complete with a pilot version out this semester. They even hope to expand the app into the community.