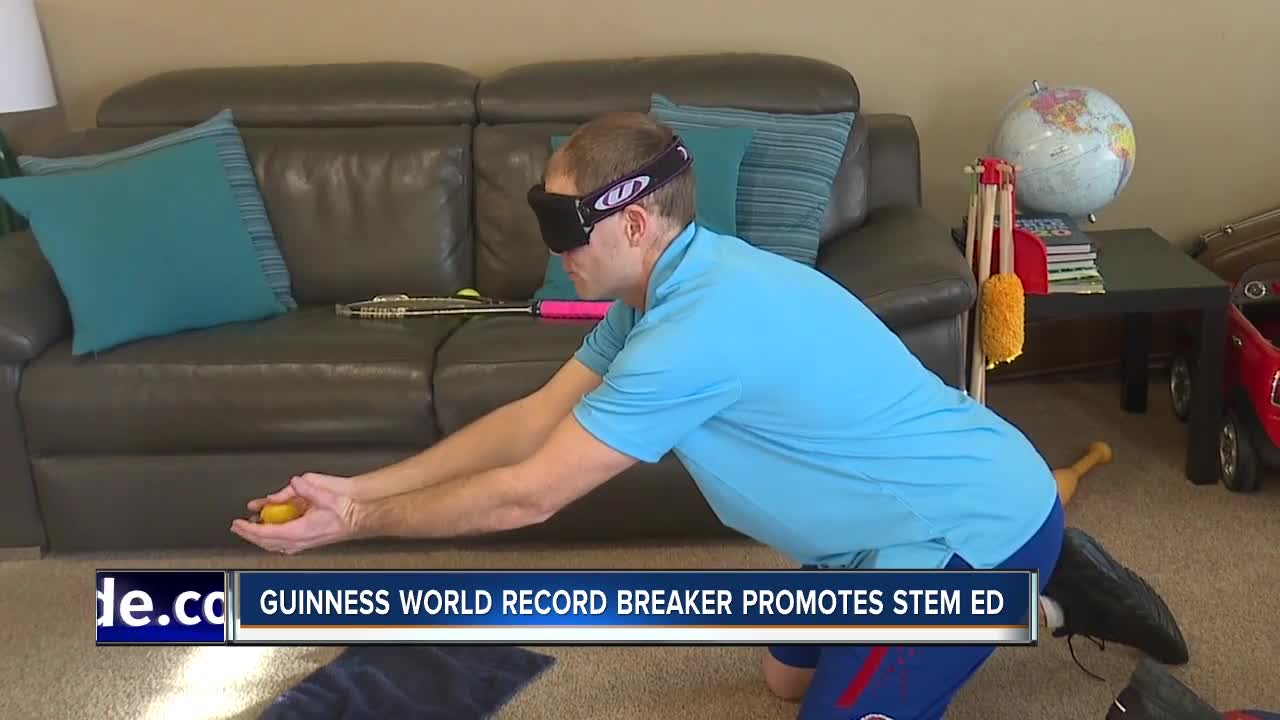 BOISE, ID — The world's fastest and slowest juggler is putting his talents to work while he promotes STEM education.

"It wasn't so much exhausting as absolutely excruciating," said Rush.

He also broke the fastest mile run while juggling while blindfolded.

"I ran it in seven minutes and 54 seconds," said Rush. "You're allowed to drop the ball, but you have to go back to where you dropped it. So for that one, I ran about 3,000 miles while juggling in preparation for this as well as the hundred or so hours practicing."

"One of the ones that took a while to practice for was the most consecutive ax juggling catches so three three-pound axes, 839 consecutive catches," said Rush.

He says it's to inspire kids to pursue their dreams through stem education.

"I want to inspire students that failed at math, struggled at science," said Rush. "If you set your mind to a goal, believe in yourself and pursue it with a passion, you can accomplish anything."

November 19 is Guinness World Records Day. Rush is planning to participate, but he hasn't picked which records to break yet.