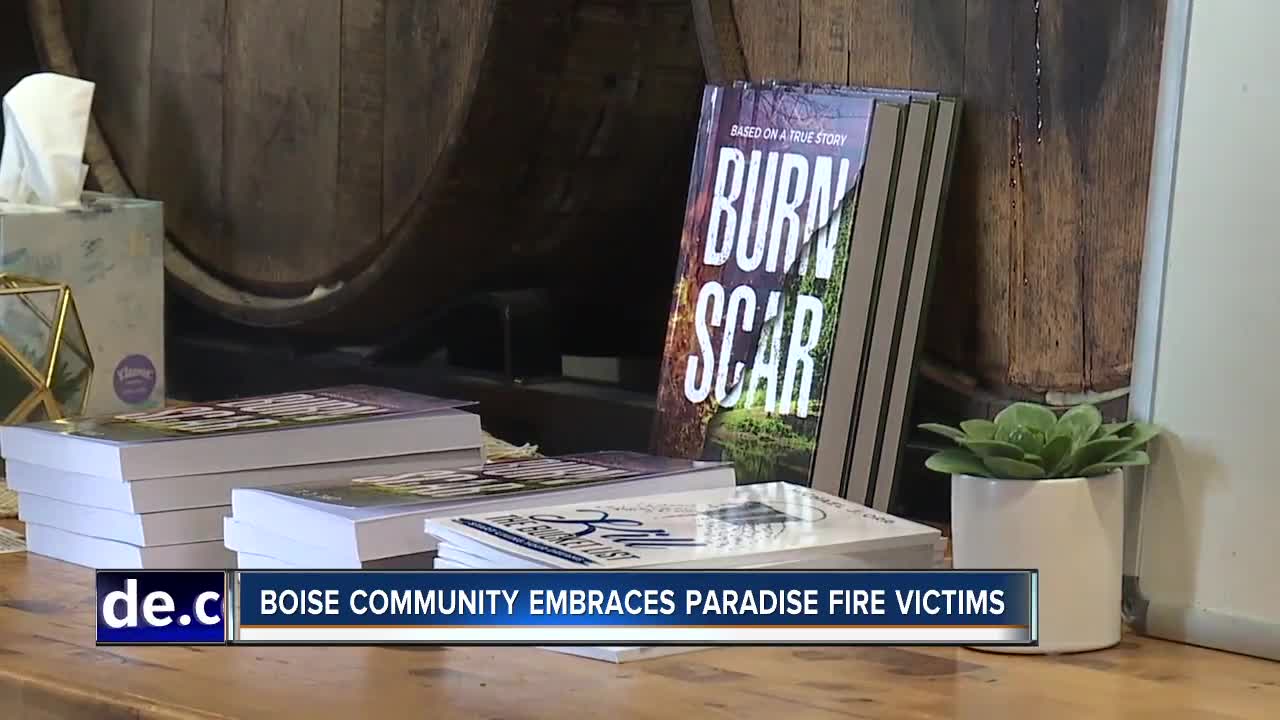 People who lost their homes due to the Camp Fire gathered at a special event in Garden City.

GARDEN CITY, ID — One year after the Camp Fire tore through Paradise, California, that left many residents homeless, some are still picking up the pieces.

The event called "A Little Slice of Paradise in Idaho" was meant to bring people together who relocated to the Gem State after losing everything. Ruth Kmiecik says she felt compelled to organize it.

"When the fire happened, my family lost their homes. My friends lost their homes. I wanted to connect them all because the biggest thing that people lost wasn't their stuff. It was their community," said Ruth Kmiecik, organizer.

Tanessa Smith says she moved to the Treasure Valley after the fire. She says one of her fondest memories was in Paradise.

"I was fairly new to the area. We'd lived there for seven years, so we didn't have a long history like a lot of the people, but Billy Park was a really special place for us. That's where we got engaged, so we went back, and part of it had burned, and part of it didn't, but the gazebo where we got married survived, so that was cool," said Smith.

Linda Marzolla moved to Idaho after she lost her home in Paradise. Marzolla says she is thankful for the kindness of the community.

"Everybody scattered around the United States and didn't realize there were so many people that moved to Idaho, so we're just hoping we can make connections and make new friends because all of us are alive. We're just kind of started new, so it will be a good healing process to talk about it," said Linda Marzolla, Paradise Fire victim.