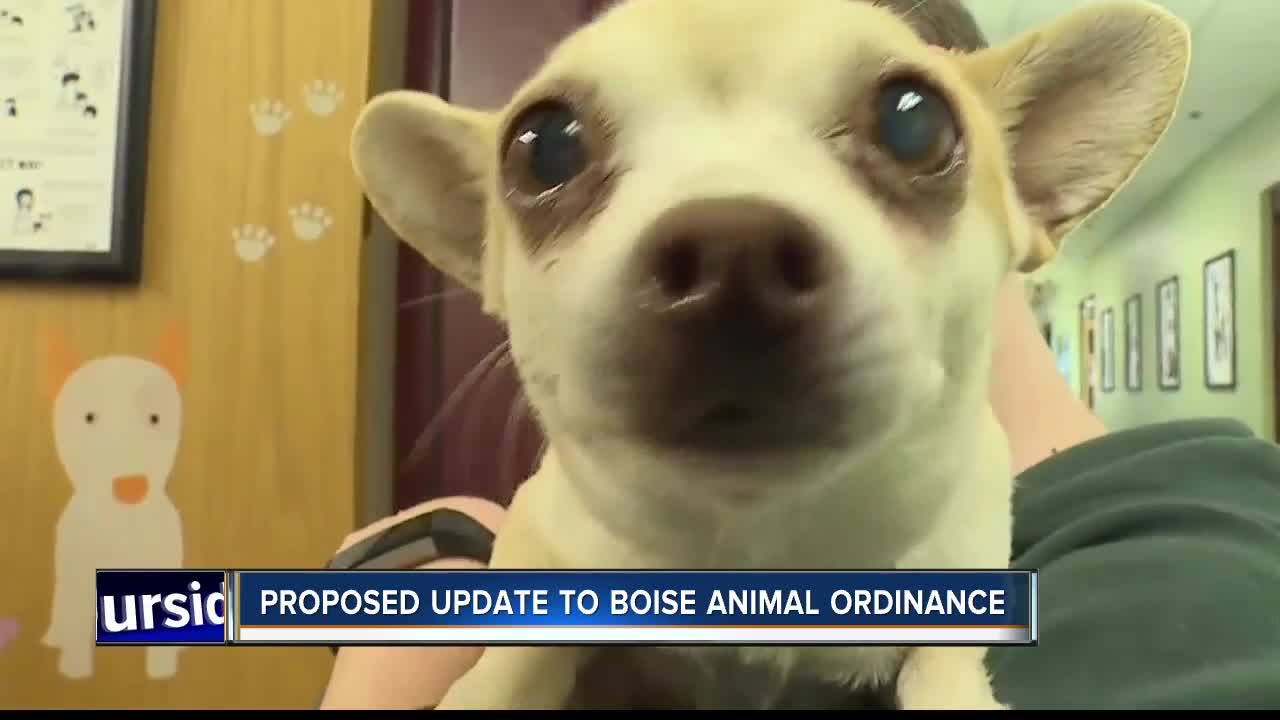 TJ Thomson is asking city council members to support a proposed change to the city of Boise's animal code.

Boise city council member, TJ Thomson considers himself an animal lover. He is asking his fellow council members to join him in supporting a proposed change to the City of Boise's animal code that he says is outdated.

"I'm no different than anyone else. Our city has consistently been shown one of the top dog loving cities in all of America,"said Thomson.

He says the Humane Society has to rely on Idaho code. He wants to change the definition of animal cruelty to include common sense practices which currently aren't in the code.

"You should feed your dog. You should give your dog some water when it's thirsty. Always have it available. It should have a great place to sleep and lie it's head when there's inclement weather whether it's cold or hot. It should have it available and veterinary care when your dog is really sick. These are things that we don't have in our code and we should so that we can really set up a strong environment for an ethical and humane practice for our animals."

The proposal also includes steep consequences for maliciously poisoning dogs and efforts to close the puppy mill loophole by ending the sale of dogs and cats in pet stores.

"There's stores that do it great, Zamzows and Petsmarts. Those are adopted animals. Those come from the shelter, but we've had in the past pet stores that are connected to puppy mills and the one way to do that is say you know what, we're not going to allow that practice."

Another part of the proposal addresses the issue of animals in hot cars.

"We don't have anywhere in our code where it specifically states that a humane officer can break into that vehicle if it has to."

Thomson also wants to make it easier for pet owners to register a dog which is required in Ada County. He wants to provide senior or financial hardship discounts. He asking for input from his council members and eventually he hopes to have a public hearing eventually.

"The initiative of Boise Be Kind. Well, we can't be kind if we don't include the animals."