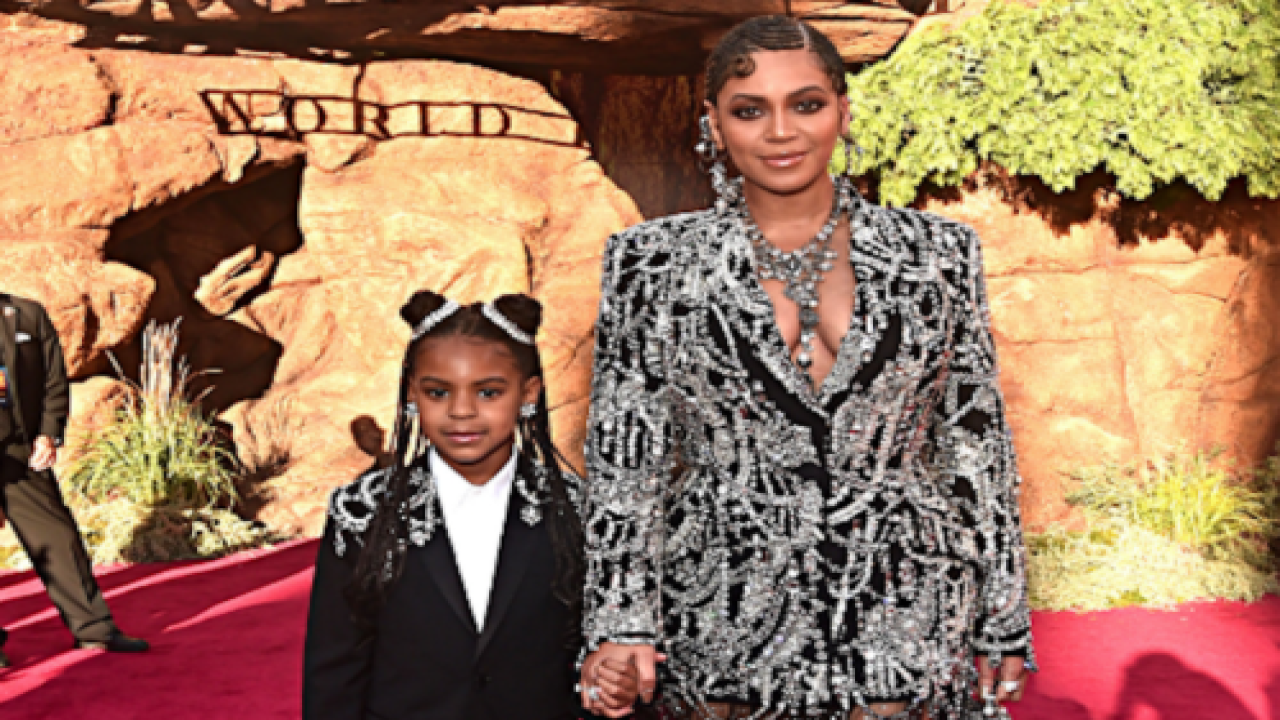 In an absolutely adorable mother-daughter moment, Beyoncé and her 7-year-old daughter, Blue Ivy, showed up together at the premiere of the live-action remake of “The Lion King.” The pair walked the red carpet together in practically matching gowns — but as you might imagine, their ensembles were far from your average mommy-and-me outfits.

They got some great shots together, as Blue Ivy is already a natural at posing for the camera:

Beyoncé, who stars in the film as the voice of a grown-up Nala, also posed for a photo alongside the actress who plays the voice of young Nala, Shahadi Wright Joseph, with Blue Ivy:

The proud mom also celebrated the evening with some photos alongside her husband, daughter and “Lion King” cast members on Instagram:

Beyoncé is joined by a roster of amazing cast members in “The Lion King,” including Donald Glover as Simba, Chiwetel Ejiofor as Scar, Billy Eichner as Timon and Seth Rogen as Pumbaa.

Most known for her singing abilities, Beyoncé is clearly gifted as a voice actor, too, as clips she’s shared on YouTube have shown. This 30-second video gives a glimpse of how Nala will sound in the 2019 live-action version of the Disney classic:

But “The Lion King” is a musical, so fans will still get to hear her impressive vocal abilities. Beyoncé shared this clip that showcases in her rendition of “Can You Feel The Love Tonight” with Glover, who is known as Childish Gambino in the music world (Elton John sang the iconic song in the original “The Lion King”):

Glover hilariously admitted to Jimmy Kimmel in an interview on “Jimmy Kimmel Live” that while this movie marked a lot of firsts for him — including covering an Elton John song and being part of a major Disney remake — his own son was more impressed by the fact that Beyoncé was going to voice a character in the film than any of his dad’s accomplishments.

“Yesterday I asked [my son] just out of nowhere, ‘Hey do you want to go see ‘The Lion King?’ — just to see if he might notice my voice,” Glover told Kimmel. “And he goes, ‘Oh, sure. Beyoncé’s in it.'” The dad laughed but seemed a little offended, replying, “‘How did you know that? But, also Daddy’s in it.'” The dad begins to tell the funny story at about the 8-minute mark:

But, you never know. Maybe Blue Ivy showed up at the premiere excited to see Glover’s performance in the film!