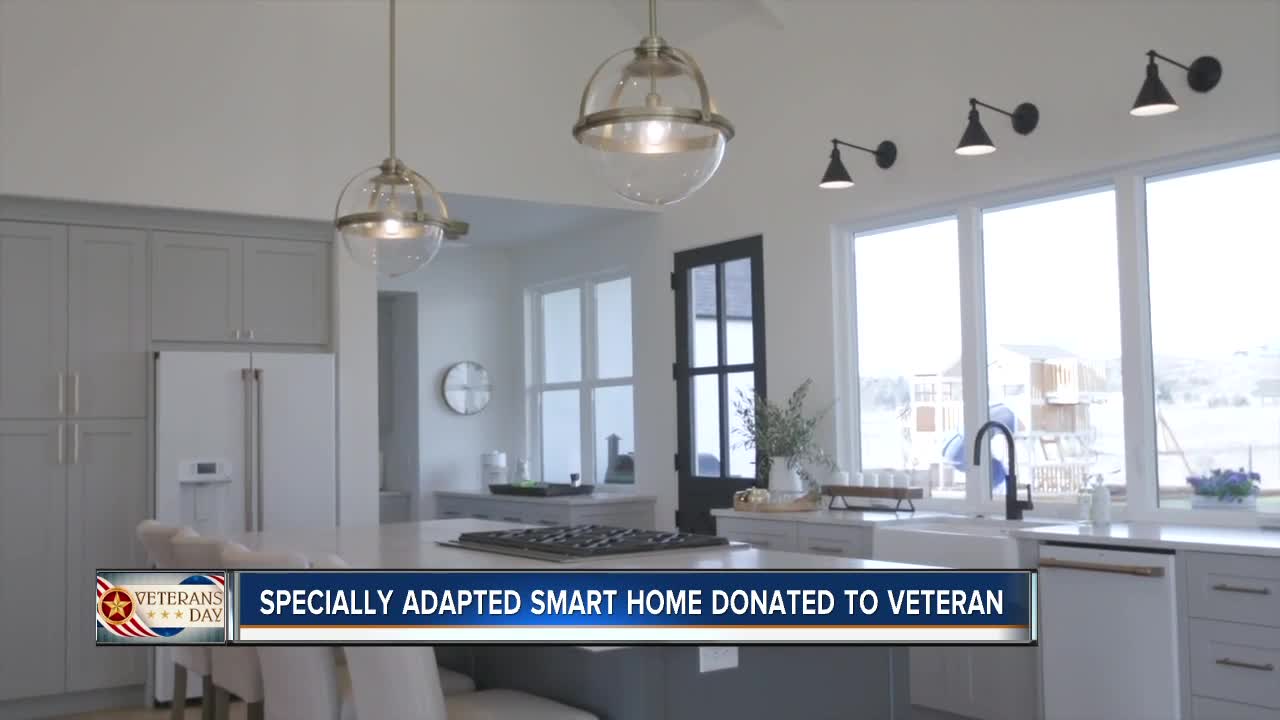 The Gary Sinise Foundation has now donated a specially adapted smart home to a veteran and his family.

EAGLE — During his fourth deployment, retired USMC SSgt Jesse Cottle and his team were on foot patrol clearing improvised explosive devices, or IEDs. An IED detonated under him, leaving him disabled. Cottle underwent seven surgeries on both legs.

Currently, his family lives in a two-story home where simple tasks such as climbing stairs, reaching a high shelf, and getting in and out of the the bathroom can be challenging.

The Gary Sinise Foundation has donated a specially adapted smart home to Cottle and his family.

"Walking in for the first time and seeing the finished product was quite an experience," said Cottle. "I think you always have kind of an idea of what it's going to look like, but it blew us away. Incredible."

In addition to wider doorways and hallways, it also allows Cottle to control features in the house by the touch of an iPad.

"It's going to take a lot of time to grasp what's happened and all the different things that are adaptive. Can't wait to use the kitchen. I can't wait to do things out on the property on the land. The bathroom's going to be so convenient finally," said Cottle.

As for the future, there are endless possibilities.

"I think Jesse, since he's been injured, has pushed himself to all of his limits just to try and carry on and not let his injuries slow him down and change his life too much," said Kelly Cottle, Jesse's wife. "And I think ten years later now, this home is just going to give him the ability to go so much further,"

Cottle says he is grateful for the community's generosity.