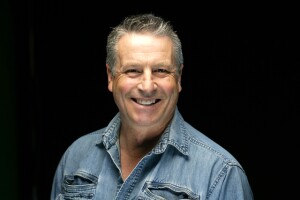 Steve Liebenthal has returned to Idaho News 6. He is no stranger to the Treasure Valley airwaves, having worked in the Boise Market for most of the last 25 years.

Steve's broadcasting career began in his hometown of Idaho Falls, where he was on the air at several radio stations before moving into television news. He moved to Boise in 1991 for his first on-air assignment at KIVI Channel 6, where he worked as a reporter, videographer, anchor and weather anchor. He sees his return to Good Morning Idaho as the completion of a full-circle journey.

"Some of my best memories are of working the morning show," Steve says. "That alarm clock goes off a bit early, but once the coffee kicks in, Good Morning Idaho is a fun place to spend each weekday morning."
When he's not covering news on GMI, Steve spends his time exploring his home state of Idaho, and spending time with his kids and grandkids, all of whom live in the Treasure Valley.