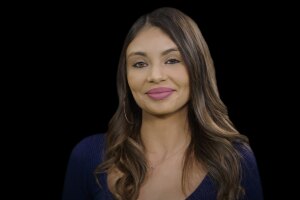 Stephanie is originally from Los Angeles but has lived all over the place. She fell in love with journalism after randomly taking a class by accident and realized she had a passion for storytelling. After working at her community college's newspaper as an editor and staff writer, she went off to attend Cal Poly in San Luis Obispo where she got involved in the broadcast side of journalism. She fell in love with visual storytelling and became involved in her school's news station where she worked as a multimedia journalist. After graduating from Cal Poly she interned at KCRA in Sacramento where she was able to work with reporters and get a firsthand experience on what life as a journalist was really like.