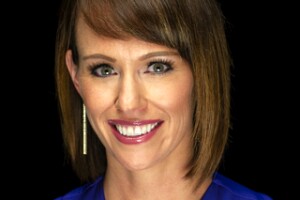 She may not be from the Gem State originally, but that doesn’t stop meteorologist Rachel Garceau from considering herself an Idahoan! Born in central Washington and raised in the Seattle area, Rachel landed in Idaho when she became a student at NNU in Nampa (though when she started, it was NNC, so she jokes that should tell you a little something about her age!). Rachel got bit by the television news bug right after college when she accepted an Associate Producer position at a local station in 2004, and she hasn’t strayed far since!

Since that first part-time position, Rachel has worn nearly every hat a person can wear in a newsroom, from producer to reporter to weather anchor to news anchor, and has loved the challenge of them all. Today, you will find Rachel at a place she really considers home: manning the weather center for Good Morning Idaho on Idaho News 6 each weekday. Like most Idahoans, Rachel and her family live for the outdoors, so she understands that weather plays a huge role in the lives of people in the Gem State. She loves knowing that she’s playing a part in helping people plan their day (and their wardrobe)!

Besides holding down the AM weather desk (and coordinating her entire day around her nap schedule!), Rachel is an active member of the Nampa community. On any given day you’ll find her volunteering at her church, coaching her daughter’s soccer team, or hosting a variety of events around the area, from spelling bees to pageant competitions. She and her husband Kristian also keep busy shuttling around their two middle- and high-school aged kids, taking their dogs Max and Charlie on walks, and planning summer trips to Lagoon.

She’s also an active member of the virtual community and would love to connect with you on social media! Look for her on Facebook, Twitter and Instagram.