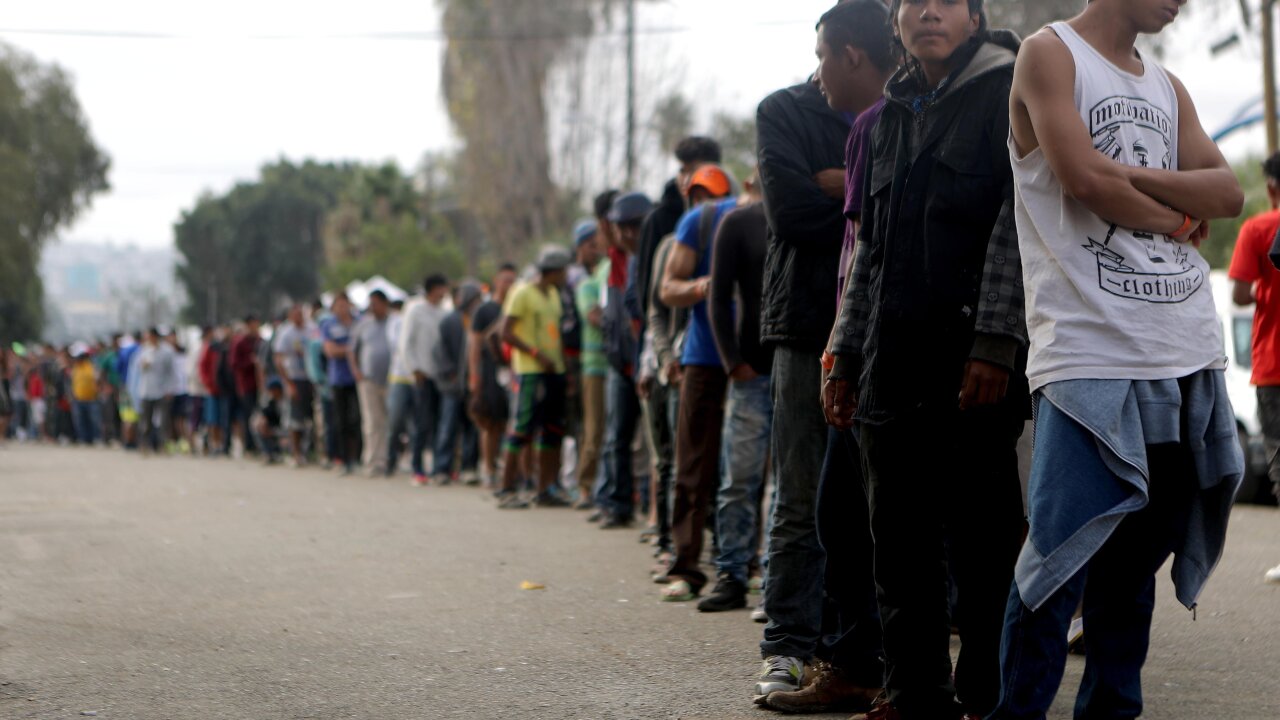 President Donald Trump said Friday that he is considering releasing immigrants into so-called sanctuary cities in part to retaliate against Democrats, undercutting earlier denials from his own administration officials.

"Due to the fact that Democrats are unwilling to change our very dangerous immigration laws, we are indeed, as reported, giving strong considerations to placing Illegal Immigrants in Sanctuary Cities only," Trump tweeted. "The Radical Left always seems to have an Open Borders, Open Arms policy -- so this should make them very happy!"

The President's tweets come after the White House and Department of Homeland Security said they were no longer pursuing the suggestion to have DHS release immigrants detained at the southern border into sanctuary cities in part to retaliate against Democrats who oppose Trump's plans for a border wall.

"The idea was briefly and informally raised and quickly rejected," a White House official told CNN Friday "No one at ICE was pressured by anyone at any time."

A DHS spokesperson said: "This was a suggestion that was floated and rejected, which ended any further discussion."

Earlier this year, Trump personally pushed Homeland Security Secretary Kirstjen Nielsen to follow through on the plan, a source told CNN. Nielsen resisted and the DHS legal team eventually produced an analysis that killed the plan, which was first reported by The Washington Post .

The proposal is another example of Trump's willingness to enact hardline immigration policies to deliver on border security, a key issue for his political base. The President has amplified his rhetoric on illegal immigration in recent weeks, even threatening to close the southern border if Congress and Mexico don't take action.

White House senior adviser Stephen Miller urged senior DHS officials to make the plan a reality, the source said. The plan finally died after Miller and other White House officials pushed it in February, according to the source.

Miller was angered that department lawyers refused to produce legal guidance that would make the plan viable, saying the proposal would likely be illegal.

DHS officials believe that the legal standoff is one reason why Miller has pushed for the firing of John Mitnick, the general counsel for DHS, who is still with the department.

A separate DHS official confirmed there was such a proposal. "These are human beings, not game pieces," the official said. Another DHS official briefed on the matter disputed that the proposal reached Nielsen.

Nielsen left DHS this week after she was forced to resign .

"Sanctuary city" is a broad term applied to jurisdictions that have policies in place designed to limit cooperation with or involvement in federal immigration enforcement actions. Cities, counties and some states have a range of informal policies as well as laws that qualify as "sanctuary" positions.

Most of the policies center on not cooperating with federal law enforcement on immigration policies. Many of the largest cities in the country have forms of such policies.

"The extent of this administration's cynicism and cruelty cannot be overstated," Ashley Etienne said in a statement. "Using human beings -- including little children -- as pawns in their warped game to perpetuate fear and demonize immigrants is despicable, and in some cases, criminal. The American people have resoundingly rejected this Administration's toxic anti-immigrant policies, and Democrats will continue to advance immigration policies that keep us safe and honor our values."