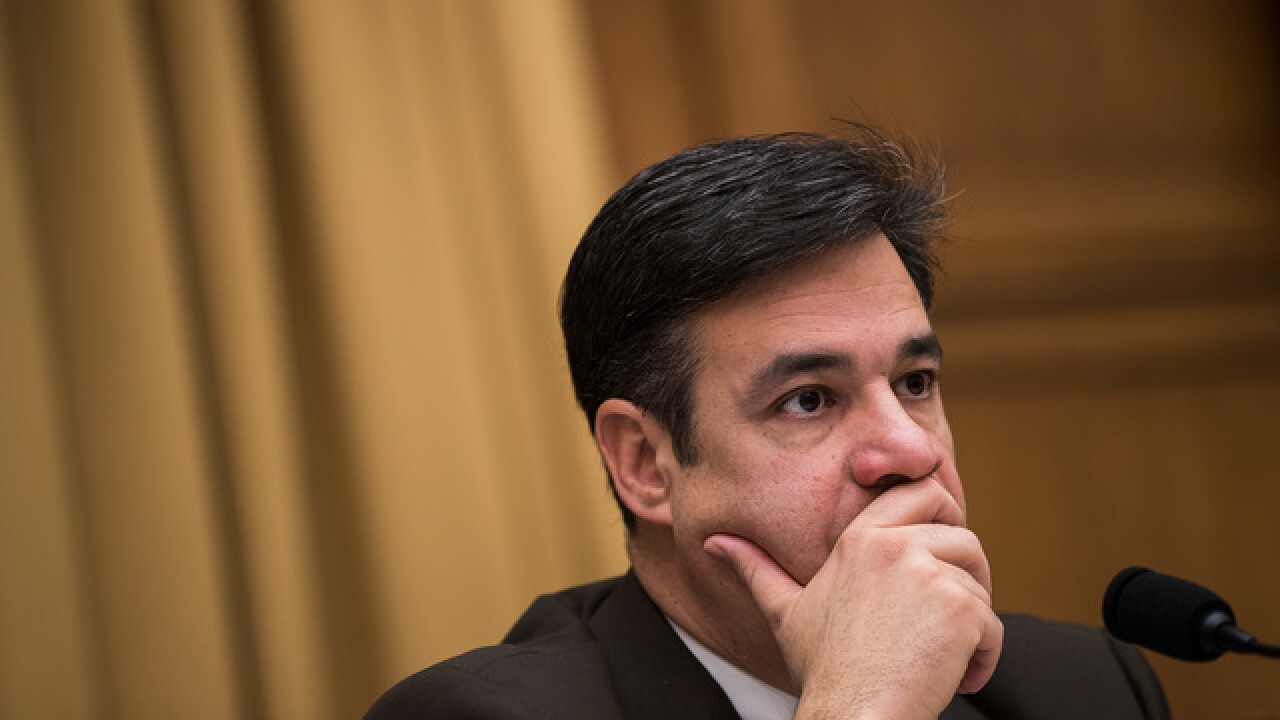 Copyright 2018 Scripps Media, Inc. All rights reserved. This material may not be published, broadcast, rewritten, or redistributed.
Drew Angerer
<p>WASHINGTON, DC - OCTOBER 26: Subcommittee on Immigration and Border Security chairman Rep. Raul Labrador (R-ID) listens to testimony during a House Judiciary Committee hearing concerning the oversight of the U.S. refugee admissions program, on Capitol Hill, October 26, 2017 in Washington, DC. The Trump administration is expected to set the fiscal year 2018 refugee ceiling at 45,000, down from the previous ceiling at 50,000. It would be the lowest refugee ceiling since Congress passed the Refugee Act of 1980. (Photo by Drew Angerer/Getty Images)</p>

Idaho Republican Congressman Raul Labrador was among those aboard a chartered train Wednesday that struck a truck while it was carrying members of Congress to a policy retreat in West Virginia.

Becca and I were on the train involved in today’s accident. We’re both OK and are praying for those injured and their families. We also thank the first responders for their professionalism and care.

Idaho U.S. Senators Risch and Crapo were not aboard the train. Risch spokeswoman Kaylin Minton said the Senator rook “alternate transportation to the retreat.”

Congressman Mike Simpson’s office has not yet responded to our inquiry.

The White House is confirming one fatality and one serious injury.

White House press secretary Sarah Huckabee Sanders says there are no serious injuries among members of Congress or congressional staff.

Sanders says President Donald Trump has been fully briefed on the matter and is receiving regular updates.

The train carrying the lawmakers hit a garbage truck south of Charlottesville, Virginia.

Lawmakers are heading to their annual legislative retreat at the Greenbrier resort in White Sulphur Springs, West Virginia.