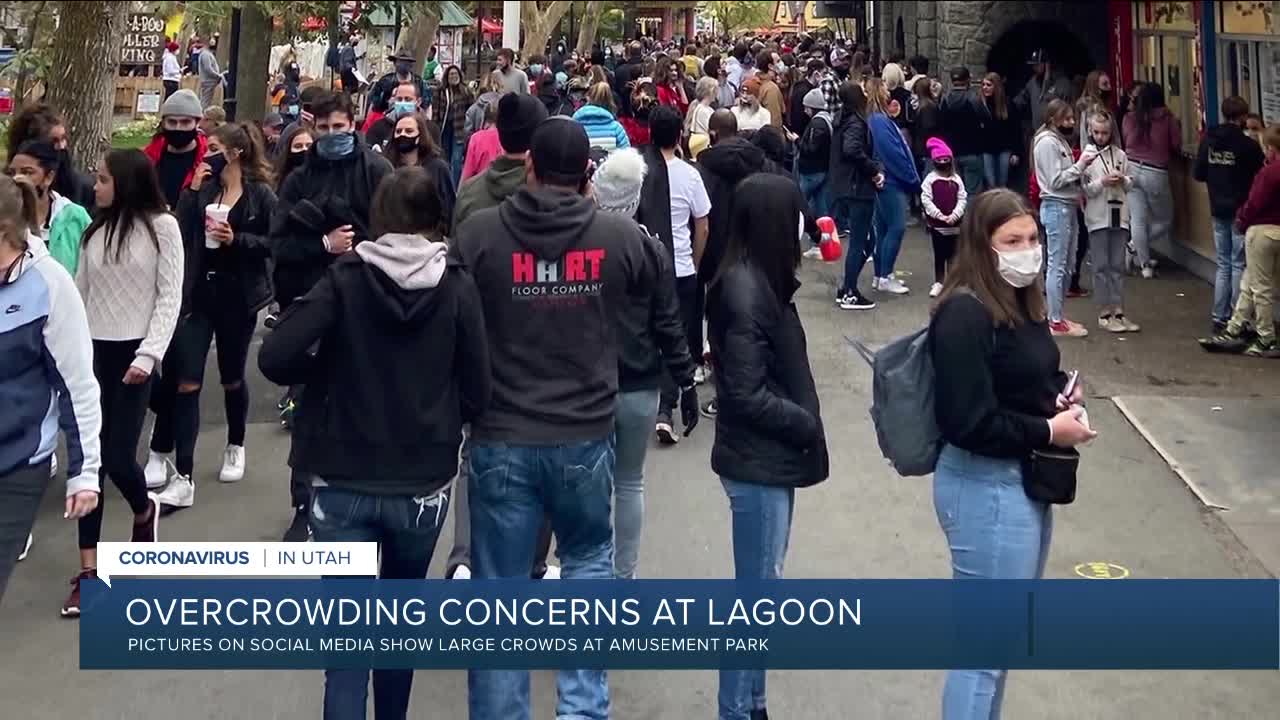 Pictures posted on social media show a jam-packed Lagoon Amusement Park on Saturday, some showing little to no space at all between attendees. 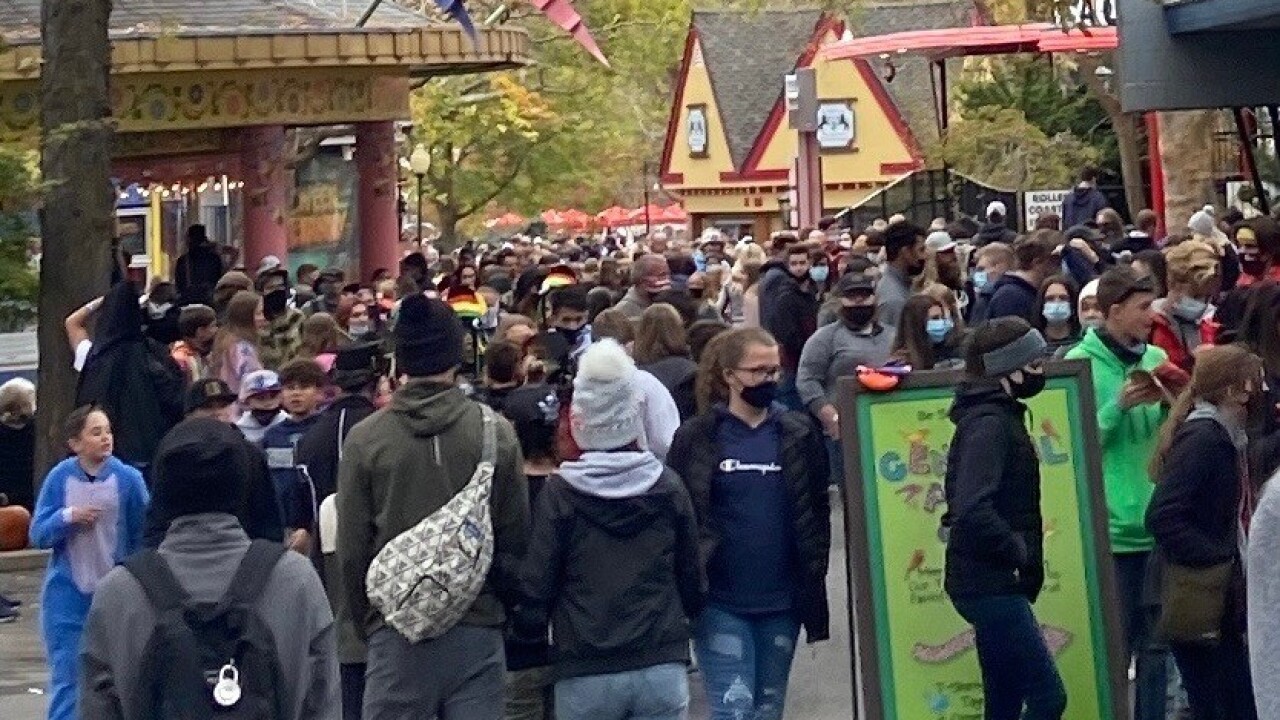 FARMINGTON, Utah — Pictures posted on social media show a jam-packed Lagoon Amusement Park on Saturday, some showing little to no space at all between attendees.

FOX 13 spoke with people who were at the park, and they said Lagoon should have done a better job at limiting how many people were allowed into the park.

"Everyone was super crammed," said Kyra Allred. "There were lines that were running into each other too, so you couldn't tell which was for what ride."

Stefanie Casey's daughters were at the park Saturday and were stunned with what they saw. They sent back pictures to her, showing how packed the park was.

"When she actually sent over the pictures, I could not believe it," Casey said.

They show long lines and very large groups of people. Most wearing masks, but with little social distancing. Casey said her daughters were worried for their safety.

"They texted me and said 'We're really concerned, [and] we feel unsafe,'" she said.

Casey said the only reason her daughters went to the park in the first place was because of the steps listed on Lagoon's website to ensure attendees are safe.

"On their website, it says they are limited capacity," Casey said. "And [attendees] had to make reservations."

But with the long lines at some of the rides, Casey's daughters did not feel safe enough to stay and decided to leave.

"The first ride the girls tried to go on was the Cannibal," she said. "The line went back to the entrance of the park."

Adam Leishman, a spokesman for Lagoon, said they are doing all they can to keep people safe.

"We do have all of our cleaning procedures," Leishman said. "High-traffic areas have extra attention. Each ride has a scheduled sanitation throughout the day."

Although lines were long Saturday, Leishman said it was due to social distancing guidelines, rather than an over-packed park.

"We have been more crowded, certainly," he said, "but there could be a perception because distancing within lines, queue lines could appear longer than they normally would."

Allred's boyfriend Kyle Reis, who was with her at Lagoon on Saturday, said workers were doing their best to manage the crowds.

"They had workers for each line," he said. "They had a sign saying 'Remember to keep six feet distance.'"

With the 200 acres the park is sitting on, Leishman said the park has more than enough space to keep people distanced.

"We feel confident that guests do have the ability to socially distance," he added.

Regardless of the steps Lagoon is taking, Casey feels like they aren't doing enough to keep people safe.

"It's hard to trust and invest in businesses when they're not watching out for us," she said. "I don't feel like they were following the guidelines that they themselves put on their website."