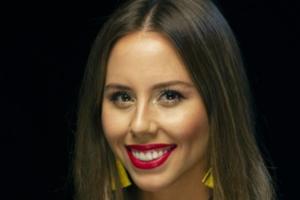 Madeline White is a substitute anchor and reporter/multimedia journalist (MMJ) for KIVI. She currently leads the station’s flagship coverage of The Rebound: Idaho, bringing Idahoans the resources and guidance they need to recover from the damaging financial impacts of COVID-19.

Prior to this beat, Madeline focused much of her investigative efforts on housing, homelessness, and Idaho’s steepening affordable housing crisis — coverage for which she was recognized by the Idaho Press Club.

Madeline began her career in TV journalism working in the CBS Media Center for ATVN's Annenberg Media in South Los Angeles. There, she took on several different roles — as an MMJ, anchor, photographer, assignment editor and beyond.

A proud Trojan, Madeline is a graduate of the Master’s program at University of Southern California’s Annenberg School of Journalism. She also has a Bachelor of Fine Arts in acting from Pace University in New York City — where she lived for a handful of years in her early 20s.

Madeline is a San Diego native, and grew up surrounded by an arts-and-music-loving family in the picturesque beach town of Coronado, California.

When she's not reporting, Madeline enjoys playing guitar, sifting through vintage clothes and vinyls, and hanging out with her friends, sister Sarah, and mother and father Polly and Jerry. She also enjoys scoping out new eateries in Boise, dancing, traveling, and connecting with viewers on social media. Find her on Facebook, on Twitter, and on Instagram.